During an election rally in Jalore on Friday, Shah said his party's policy is to reply with a bombshell if Pakistan fires a bullet, while the Congress just plays "Ilu-Ilu" with terrorists. 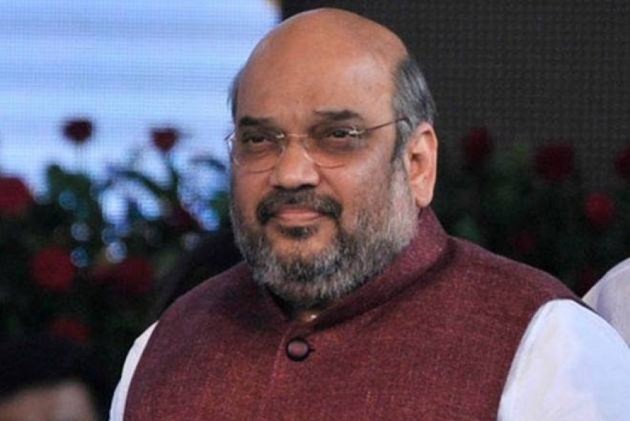 The Congress on Saturday condemned BJP president Amit Shah's "Rahul Baba, you do Ili-Ilu with terrorists" comment, stating that it was the Bharatiya Janata Party (BJP) government, which had freed and taken terrorists to Kandahar in a plane in 1999.

During an election rally in Jalore on Friday, Shah said his party's policy is to reply with a bombshell if Pakistan fires a bullet, while the Congress just plays "Ilu-Ilu" with terrorists. Ilu is an abbreviation for 'I love you' in a popular Bollywood song.

"Who had released terrorists and taken them to Kandahar in a plane?" Congress general secretary in-charge of Rajasthan, Avinash Pande asked in response to Shah's comment.

"There is no single instance where Prime Minister Narendra Modi, BJP president Amit Shah, or any top leader or their family members even got their finger cut in the fight against terrorism but in Congress, there are examples of former PMs Indira Gandhi, Rajiv Gandhi and others," he told PTI.

Three most-wanted terrorists were released in return for the safety of passengers in an Indian Airlines plane, which was hijacked to Afghanistan's Kandahar in 1999.

Pande said when the prime minister mentions martyrs in his speeches, he should take the names of Congress leaders who had lost their lives for the country.

He also accused the prime minister and the BJP, of misusing social media platforms to "spread lies" in a strategic manner to influence voters, especially the youngsters.

The Congress leader said there is an unsaid emergency in the country, and under Modi rule, the Constitution and democracy are in danger.

"There is an unsaid emergency in the country and the environment for positive planning is completely lacking. The BJP is spreading lies to divert attention from real issues," Pande said.

"The PM and the BJP are misusing social media platforms and misleading people particularly young voters through lies and distorted historic facts. The young generation has not seen much and is stuck on social media. Young people should think what PM Modi will give to them but it will be very late before they awaken," he added.

Accusing the government of weakening constitutional institutions, Pande said it will take a lot of time for the institutions to recover.

"Now they are saying that they will rule for 50 years if they win this election. It is apparent that the constitution is under threat," he said.