Congress Stages Two Protests In Jammu — One Against Ghulam Nabi Azad, Another In Favour Of Him 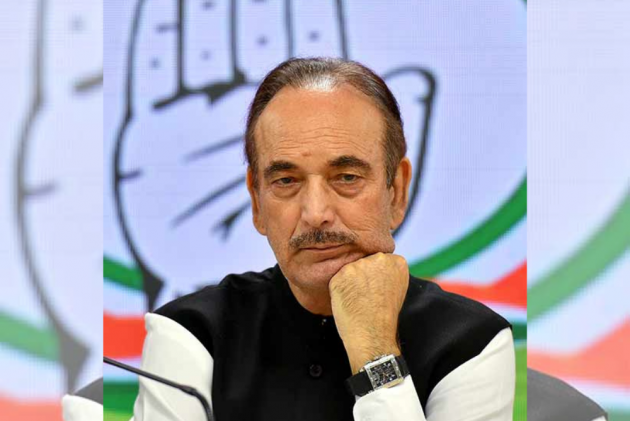 Two protests rocked Jammu today, one against senior Congress leader Ghulam Nabi Azad and another in favour of him.

The former was staged by a small group of local Congress members, who accused Azad of conspiring against the party at the behest of the BJP. They also alleged that the veteran Congress leader was trying to weaken the party. This protest was led by activist Shahnawaz Choudhary, who had fought the recently concluded district development council (DDC) polls as an Independent candidate. He had fought against the Congress and emerged victorious. However, he recently announced that he has re-joined the Congress.

Meanwhile, the second protest that was staged today, was led by members of the youth Congress, who sought an expulsion of Choudhary and others who protested against Azad. They described Choudhary as a BJP agent.

Will Ghulam Nabi Azad Be The Face Of Jammu and Kashmir’s Statehood Movement?

Choudhary’s camp staged a demonstration outside the Jammu Press Club on Tuesday morning and set ablaze an effigy of Azad.

Talking to reporters after the protest, Choudhary asserted that his loyalties lie with the Congress.

“After I won the DDC election I could have joined any other political party but I decided to join the Congress. I have given my all for the party,” Choudhary said.

“At a time when the party needs his expertise, he praised Modi, the person who deprived us of statehood and abrogated Article 370. If Azad works for the Congress, we will shout slogans in his favour, but if he tries to weaken the party from within, we will not tolerate it,” Choudhary said.

He further said that Tuesday’s protest was a symbolic one and threatened that his camp would mobilise thousands of people against Azad if the latter continued to work against the party.

“Those who protested against Azad cannot call themselves Congressmen. Since Modi praised Azad in Parliament, local BJP members have been unable to criticise him. That’s why they have brought Choudhary to criticise Azad,” the Congress youth general secretary said.

On Sunday, Azad had praised the Prime Minister during a public event in Jammu. Azad had lauded Modi for being vocal about his “tea-seller past” saying one should be proud of one’s roots.

“I admire several things about a number of leaders… I am from a village and I am proud of it. A big leader, our prime minister, says he is from a village, he used to sell tea. We may have political differences, but at least he doesn't hide his reality,” Azad had said.