BJP posted an emphatic victory in Karnataka bypolls, putting an end to speculation about the stability of the BS Yediyurappa government. 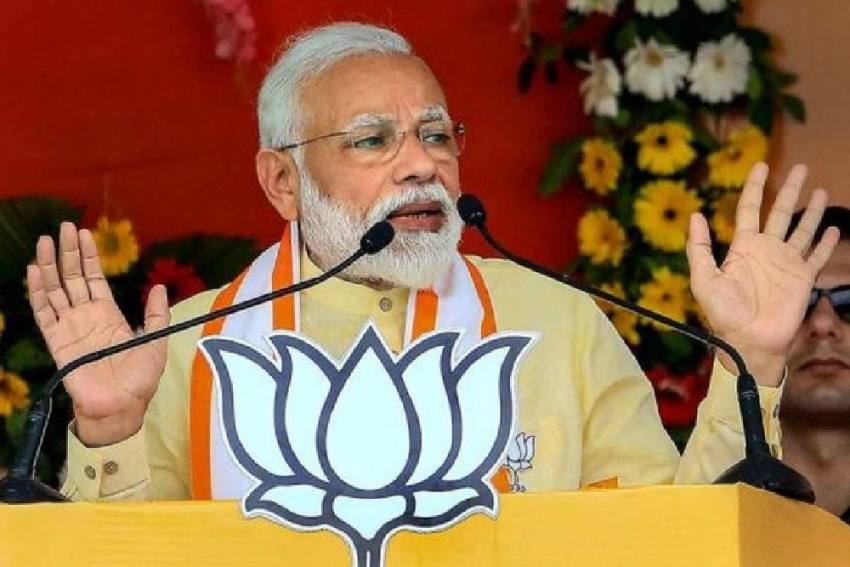 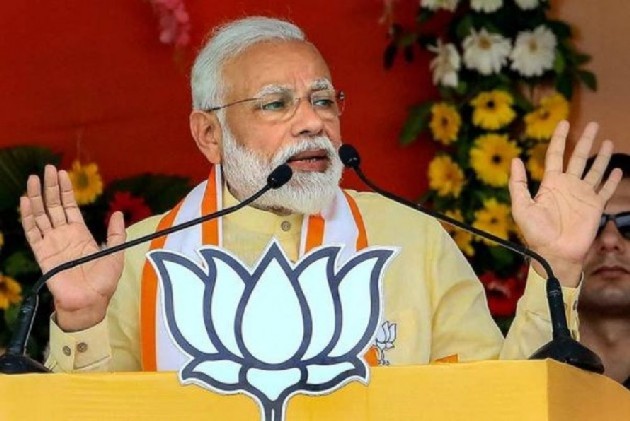 Prime Minister Narendra Modi on Monday accused the Congress and its allies of "stealing and subverting" people's mandate in Karnataka and asked voters to elect a stable BJP government in Jharkhand with an absolute majority.

With the BJP posting an emphatic victory in Karnataka bypolls that put an end to speculation about the stability of the BS Yediyurappa government, an exultant Modi told poll rallies in Jharkhand that voters had punished the Congress for "manipulating the mandate" that people had given to the saffron party.

"The Congress and its allies subverted the mandate in Karnataka, stabbed it in the back...Congress stole the mandate through the back door, and now people have punished it
and taught it a lesson," he told an election rally in Barhi.

Addressing another rally in Bokaro, the Prime Minister called the byelections to 15 assembly seats in Karnataka "extraordinary", one which would decide whether the BJP government would stay or go.

"There are three messages for Jharkhand and other states in the bypoll outcome. The first is that people want a stable government. Second, people feel insulted by subversion of their mandate and teach those guilty a lesson. Third, they trust only BJP can give a government that can deliver," he said.

"Public anger over betrayal of mandate exploded today. It is a victory of public mandate...a victory for democracy," the prime minister said.

Modi, who devoted a large part of his speeches in both Barhi and Bokaro on Karnataka bypoll outcome, said another reason for the Congress-JDS defeat was that its government never cared for people's welfare.

He alleged that the two disparate parties had come together and formed the government for self-interest.

"They spent the whole one-year squabbling. Congress held the chief minister at gun-point and the poor CM would go to people crying. They (Congress) made the condition of the CM of Karnataka worse than somebody who has been kidnapped," he said.

Claiming that the Congress-JMM-RJD alliance in Jharkhand would plunge the state into "instability and uncertainty" if voted to power, Modi asked the electorate to defeat "each and every" candidate of the opposition coalition.

He also accused the successive Congress and JMM governments of patronising "loot of Jharkhand's resources" and claimed the BJP dispensations at Centre and in the state made honest effort for people's welfare.

"They built their palaces on your coal, your mica, but removed the huts of the poor in villages and forced them to live in shanties in towns," he said.

Noting that peace, political stability and infrastructure were key to development and employment creation, the prime minister said the Congress-JMM coalition governments disregarded these important issues.

He said the state's BJP dispensation had "almost rooted out" Naxalism, which was an important hindrance to development.

The Prime Minister asserted the electorate of Jharkhand had already laid the foundation of a robust victory for the BJP in the first two phases of polling.

"The BJP governments at the Centre and in Jharkhand share common thoughts and have common commitments. Like guardians of young adults who are 19 years old, the age of Jharkhand state, you have to choose a government that protects its interests," he said.