Congress has attacked the government over a video purportedly showing police and paramilitary baton-charging students. 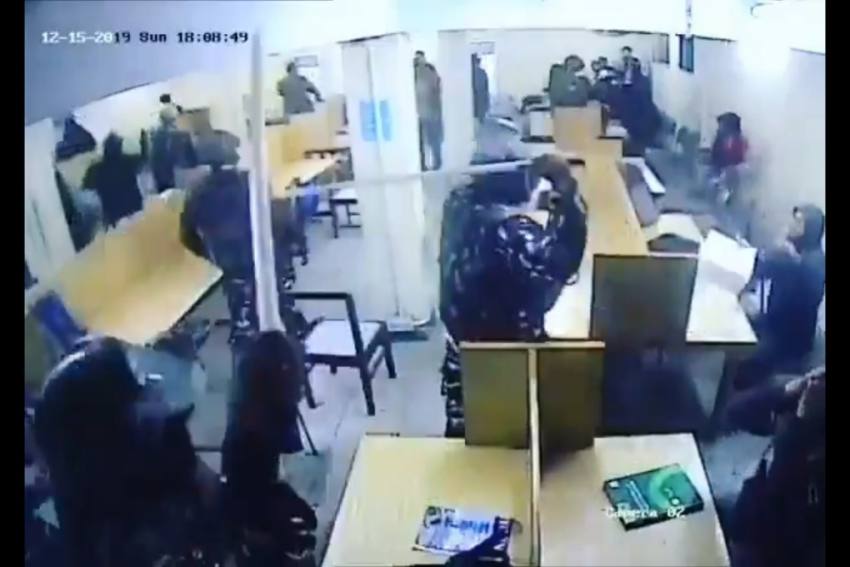 The BJP on Monday accused the Congress of "giving political colour" to the violence at Jamia Millia Islamia on December 15 last year, alleging that its leaders always speak against security forces and supported "antisocial elements".

The saffron party's remarks came after the Congress attacked the government over the new video purportedly showing police and paramilitary personnel baton-charging students in the university's library on December 15 evening.

"Congress party continuously supporting antisocial elements and those who indulge in violence. It raises voice against the security forces and police personnel of the country," BJP spokesperson GVL Narasimha Rao said at a press conference.

Congress general secretary Priyanka Gandhi Vadra on Sunday tweeted, "Home Minister and Delhi Police lied when they said students were not beaten up in the library."

Talking about another video in which people were seen in the gangway with some covering their faces, while at least two of them were carrying stones, Rao asked why were students wearing masks and what were they studying with stones in their hands.

"Which academic discipline requires students to wear masks and hold stones while studying?" he asked.

"The Congress party always choose to stand with those who are inimical to the country and rile up security forces," the BJP spokesperson added.