After two crucial meetings, the top leaders of the Congress preferred to have detailed discussions with the NCP on the current political impasse in Maharashtra. 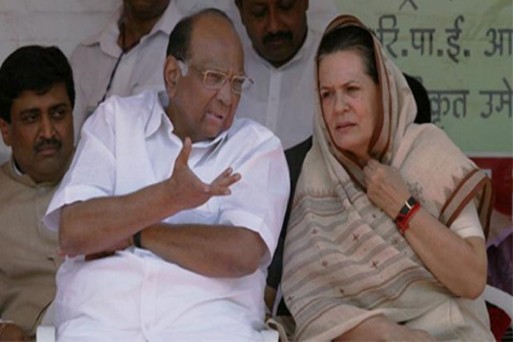 The Congress on Monday decided to hold further talks with ally Nationalist Congress Party (NCP) on whether to support the Shiv Sena to form a government in Maharashtra.

"The Congress President has spoken to Sharad Pawarji. The party will have further discussions with the NCP," a statement issued by party general secretary K C Venugopal said.

After two crucial meetings, the top leaders of the party preferred to have detailed discussions with the NCP on the current political impasse in the state.

"The Congress Working Committee met this morning and held a detailed discussion on the situation in Maharashtra after which a consultation was held with Maharashtra Congress leaders," the statement said.

Given the stalemate between the two alliance partners, the role of the Congress with its 44 legislators and the Nationalist Congress Party with 54 MLAs is crucial.

Also Read | To Support Shiv Sena Or Not, A Hamletian Dilemma For Congress-NCP In Maharashtra