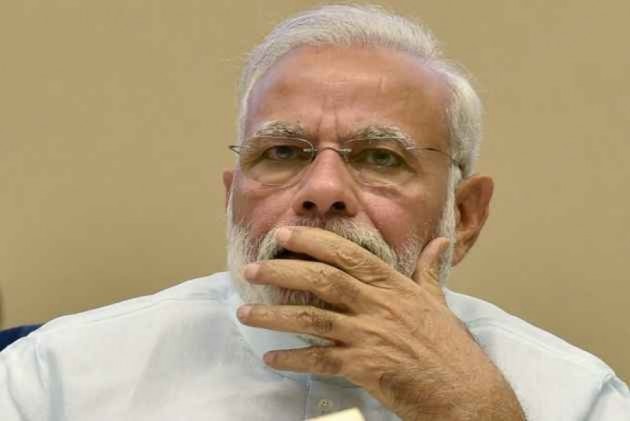 A day after a public interest litigation was filed in the Supreme Court alleging that Prime Minister Narendra Modi gave false information regarding land he owns in Gujarat’s Gandhinagar, the Congress party has decided to take the matter up with the Election Commission.

Congress spokesperson Pawan Khera told reporters on Tuesday that the party would urge the Election Commission to take necessary action against the Prime Minister under section 125A of the Representation of the People Act (RPA), 1952, for consistently giving false information regarding his land holding in election affidavits he has filed since 2007.

The PIL, filed in the apex court by former journalist and communications consultant Saket Gokhale, claims that in the election affidavit filed during the 2007 Gujarat assembly polls, Modi – then the Gujarat chief minister – had declared that he was the sole owner of Plot 411, in Sector 1, Gandhinagar. The plot, measuring 326.22 square meters, was reportedly allotted to Modi by the Gujarat government in 2001 – around the time when he first became the state’s chief minister – at a nominal cost of Rs 1.30 lakh.

However, in subsequent election affidavits filed by Modi – during the assembly polls on 2012 and the Lok Sabha elections in 2014 – there is no mention of this plot. Instead, his affidavits in 2012 and 2014 as well as his declaration of assets and liabilities on the Prime Minister’s official website state that Modi owns one-fourth part of a different plot of land – Plot 401A – also located in Sector 1 of Gandhinagar and measuring 326.11 square meters.

Khera said that a cursory examination of Modi’s election affidavits from 2007 till 2014 along with the land and revenue records maintained by the Gujarat government throw up several questions that need a proper investigation.

“In 2007 affidavit, Modi listed Plot 411, measuring 326.22 square meters, in Sector 1, Gandhinagar. In his 2012 affidavit, he lists owning 326.11 square meters of Plot 401A – the PMO website says the total size of this plot is 1312.3 square meters and Modi owns one-fourth share – and then repeats this claim in his 2014 affidavits,” Khera said. The Congress spokesperson then claimed: “Shockingly, if you look at the land and revenue records maintained by the Gujarat government, there is no plot listed as Plot No 401A in Sector 1, Gandhinagar. However, there is an entry of Plot 401 with (Union finance minister) Arun Jaitley mentioned as its sole owner.”

Khera says that the anomaly in Modi’s affidavit and the land records of the Gujarat government extends to Jaitley too. In 2014, when Jaitley had unsuccessfully contested the Lok Sabha polls from Amritsar, he had listed himself in his election affidavit, Khera says, as “one-fourth owner of Plot 401/A”. The land records of the Gujarat government, however, state that Jaitley is the present and sole owner of Plot 401 – though there is no mention of Plot 401A.

Party insiders admit that they do not expect any reprimand for the Prime Minister from the Election Commission over the discrepancy in his poll affidavits but given the high stakes for the Congress in the ongoing Lok Sabha polls, they would want to latch on to any allegation they can use to embarrass Modi.

The party is also keenly looking forward to what stand the Supreme Court takes when Gokhale’s PIL comes up for hearing. Gokhale has demanded in his petition for constitution of a special investigation team, monitored by the Supreme Court, to look into the alleged irregularities in the Prime Minister’s affidavits. While party leaders believe that Gokhale’s prayer may not really be entertained by the apex court, they feel that even a notice being issued by the court to Modi or the Election Commission over the issue may be some cause to celebrate.