Questioning the pricing modalities under the Centre’s new Covid-19 vaccine policy, the Congress said the policy was ‘regressive, inequitable and anti-competitive’ 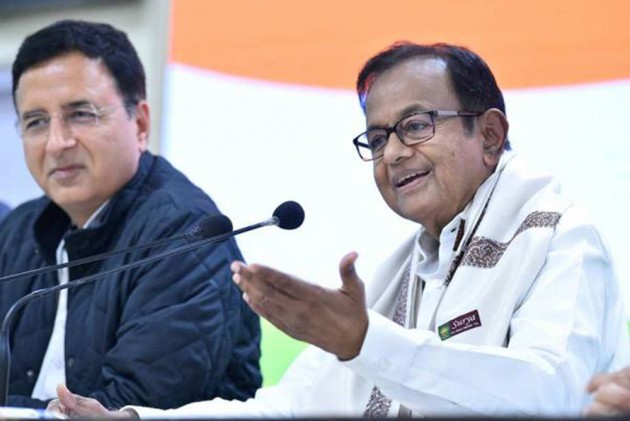 The Congress on Tuesday lashed out at the BJP over the Centre’s new Covid-19 vaccination policy terming it “discriminatory”.

With the second wave of the pandemic sweeping across the country, the Centre on Monday announced that everyone above 18 years will be able to avail the Covid-19 vaccine from May 1. At the moment, all those above 45 years are eligible for the vaccine.

As part of the third phase of the inoculation drive, which will commence from May 1, the Centre had also announced its decision to incentivise vaccine manufacturers to further scale up production.

Lockdown Should Be The Last Option: PM Modi To State Governments

The government has also empowered vaccine manufacturers to release up to 50 per cent of their supplies to state governments and in open market at a pre-declared price.

Questioning the pricing modalities under the new policy, the Congress said the plan was "regressive, inequitable and anti-competitive".

They alleged the changes in the policy will worsen the inequality between states as well as between poor and rich Indians.

Congress leader Rahul Gandhi alleged the new vaccine policy is discriminatory and that there is no vaccine guarantee for the weaker sections of the society.

"No free vaccines for 18 to 45-year-olds. Middlemen brought in without price controls. No vaccine guarantee for weaker sections. Government of India's Vaccine Discrimination -- Not Distribution -- Strategy," he said in a tweet.

• Middlemen brought in without price controls.

• No vaccine guarantee for weaker sections.

He said the new policy will lead to multiple pricing for Covid-19 shots at central and state government hospitals, and private facilities.

"Why can't we have 'one nation, one price' for vaccines. I think this is a legitimate demand," he said, advocating the Centre, state governments and private hospitals get the shots at the same price.

Ramesh alleged the Centre will get 50 per cent of the vaccines and the rest 50 per cent will be divided among private hospitals and state governments.

"This is very unfair. This is inequitable. We want states to get greater responsibility... We cannot have 'one nation, multiple prices'," he said.

Chidambaram claimed the Union government has finally acknowledged the problem of vaccine shortage and other deficiencies in the current policy.

"While we welcome the positive changes made to the policy... the modified vaccine policy is, in crucial respects, regressive and inequitable," he said.

"Under the modified vaccine policy, the Union government is running away from taking responsibility, overburdens the states, encourages vaccine manufacturers to profiteer and will worsen the inequality between states as well between poor and rich Indians," he said.

Nowhere in the world has any government left its vaccination programme to be determined by the vagaries of market forces, the senior Congress leader claimed.

He said under the modified vaccine policy, states will bear the responsibility and cost of vaccinating the poorer sections who are below the age of 45 years and are neither healthcare workers nor frontline workers, as defined by the Centre.

The Centre appears to have abdicated its responsibility towards the poor by excluding them from its vaccination programme, the former union minister alleged.

"In a country where the median age is 28 years, to leave those who are below the age of 45 years out of a public-funded programme is, to say the least, callous," he said, adding migrant workers who are the "lifeblood" of the economy will be the "worst affected by this directive".

Chidambaram also alleged that by liberalising the pricing of vaccine and by not fixing a price for states, the government is paving the way for unhealthy price bidding and profiteering.

"States with limited resources will be at a considerable disadvantage. States that are already weighed down by shrinking GST revenues, lower tax devolution, reduced grants-in-aid and increased borrowing would have to bear this additional burden," he said, questioning where the funds collected under PM-CARES have gone.

Congress' Randeep Surjewala alleged the government has abandoned its responsibility of free vaccination of India's population in the age group of 18 to 45 years, who will have to get vaccinated at open market price to be decided by the manufacturer.

"What about drug price Control order? The new definition of 'Aatamnirbhar Bharat'," he tweeted. Surjewala alleged that it is the poor and disadvantaged who will suffer as companies make money and a complicit government has shut its eyes.

Ramesh also claimed that the states are in no position to bear the financial burden and accused the Centre of not fulfilling its responsibility to ensure the livelihoods of people.

The Centre must transfer Rs 6,000 into the bank accounts of the poor and underprivileged, he demanded.

Maken said the issue of migrant workers has once again turned serious should not be allowed to aggravate.

There is no clarity on the import of foreign-made approved vaccines. Asking if any manufacturer has agreed to export its vaccine and whether adequate quantities have been promised, Chidambaram posed.