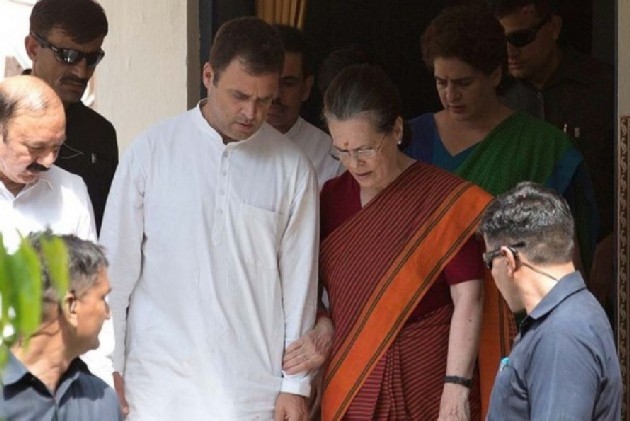 The Congress and the Dravida Munnetra Kazhagam (DMK) on Tuesday staged a walkout from the Lok Sabha over the withdrawal of SPG security of Gandhi family, accusing the government of doing politics in the name of security.

The two parties walked out of the House during the Zero Hour as Lok Sabha Speaker Om Birla did not heed to their demands for a discussion on the issue. Despite denial, they continued their protest for over an hour in the House, disrupting the proceedings.

Congress leader Adhir Ranjan Chowdhury on Tuesday raised the issue of withdrawal of SPG security cover to the Gandhi family, but the government said he cannot raise the matter in Zero Hour as he had not given a notice for the same.

Thank You For Protecting Me And My Family For 28 Years: Sonia Gandhi To SPG

After the notice of adjournment motion given by the party on the withdrawal of SPG cover to Congress chief Sonia Gandhi and former party president Rahul Gandhi was rejected by Speaker Om Birla, Chowdhury raised the issue in the Zero Hour.

He said the family faces threat to life and the cover by the elite security organisation should not have been withdrawn.

The Congress leader said the previous NDA government led by Atal Bihari Vajpayee also did not remove the SPG cover of the Gandhis.

Minister of State for Parliamentary Affairs Arjun Ram Meghwal said Chowdhury cannot raise the issue in Zero Hour as he had not given notice in this regard.

"You have rejected the notice for adjournment on the issue. He did not give notice to raise the issue in Zero Hour," the minister told the Chair.

He had raised the issue on Monday also.

The notice had described the move to withdraw the cover as "arbitrary". It said the security cover was withdrawn ignoring the "existing and probable threats" to the Gandhi family.

The government has replaced the SPG security cover given to the family of former prime minister Rajiv Gandhi, who was assassinated by LTTE terrorists on May 21, 1991, by the 'Z-
plus' security of the CRPF.