The Congress chief spokesperson Randeep Surjewala said Supreme Court observation of setting up a ‘technical committee’ on Pegasus row is a ‘right step in this direction’. 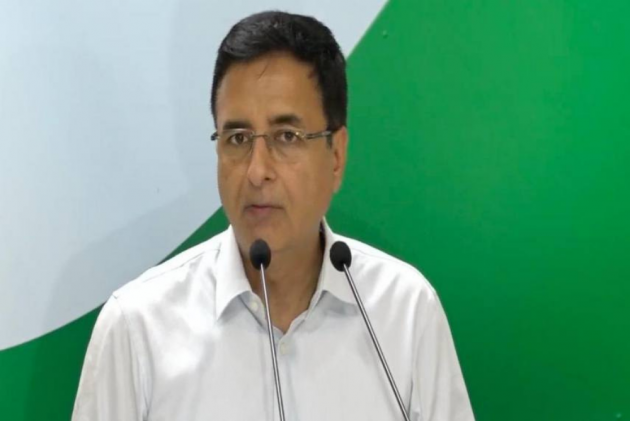 Welcoming the Supreme Court observation to set up a technical expert committee to inquire into the Pegasus snooping row, Congress on Thursday said “full investigation” monitored by the apex court is the "simple solution".

"The solution is simple -- A SC-monitored full investigation. SC observation of setting up a "technical committee" is a right step in this direction," he said on Twitter.

The solution is simple- A SC monitored full investigation.

SC observation of setting up a “technical committee” is a right step in this direction.

Congress spokesperson Supriya Shrinate also said that based on media reports, a probe into the matter will ensure that national security is not compromised.

She said one should also understand that the people allegedly snooped upon were not just political opponents of the ruling party, but also those in constitutional positions.

"The reality is that snooping was done on people who were in elected positions of power, which also compromises the Official Secrets Act and there was never a bigger compromise on national security than Pegasus," she said.

"We will only say that there has to be a full-fledged probe by the Supreme Court of India under its supervision…because anything less than that is not going to be satisfactory as far as national security is concerned," Shrinate said.

The Congress leader said the party welcomes the setting up of the technical expert, "but it has to be a part of a larger probe. And I hope it will be".

In a significant development, the Supreme Court Thursday observed orally that it will set up a technical expert committee to inquire into the Pegasus snooping matter and pass an interim order next week on a batch of pleas seeking an independent probe into the entire issue.

The apex court's observations on constituting the committee assume significance in view of the Centre's statement that it would set up an expert panel on its own to look into the grievances of the alleged surveillance of certain eminent Indians by hacking their phones using Israeli firm NSO's spyware, Pegasus.

A bench headed by Chief Justice N V Ramana, which was to hear some other matter, addressed senior lawyer C U Singh, one of the counsels in the pleas, that the order will be pronounced next week.(With PTI inputs)