Congress Will Win Next UP Assembly Polls: Rahul Gandhi In Amethi 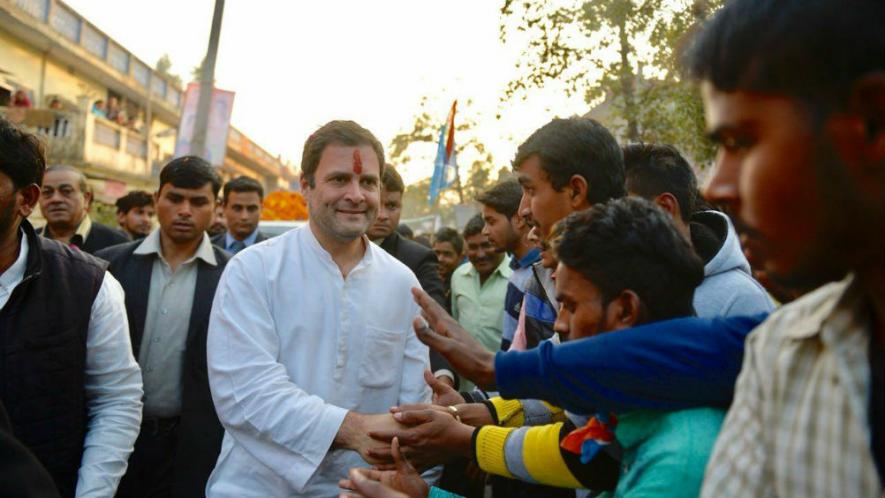 Congress President Rahul Gandhi on Thursday said that his party will contest the Lok Sabha polls with full strength. He also exuded confidence that it will win the next UP Assembly polls.

"Congress will contest the Lok Sabha polls with full strength; will win the next UP Assembly polls," said Gandhi.

The Congress chief was addressing a public meeting here before returning to Delhi at the end of his two-day visit to his Lok Sabha constituency.

"The chowkidar proved to be a thief," he said, and remarked, "Gali gali mein shor hai, chowkidar chor hai."

Rahul charged Modi swears by God and then speaks lies.

"Where are the 'achchey din' promised?" he posed.

At the same time, Rahul said, "We have delivered the promise of loan waiver."

The Congress leader also questioned the "hurry" in removing the CBI chief.

He described note ban as the biggest scam.

The farmers protested in Gauriganj town in Amethi district on Wednesday demanding that either their land that was given to Rajiv Gandhi Foundation should be returned or else they are provided employment.

One of the protesters, Sanjay Sing told ANI: "We are very upset with Rahul Gandhi. He should go back to Italy. He does not deserve to be here. Rahul has grabbed our land."

The Congress scion has, however, always pitched for farmers' welfare and even promised to waive their loan in his election speeches.