The Congress' letter to Zuckerberg came over an article in Time magazine, which the opposition party claimed "revealed" more information and "evidence of biases and a quid pro quo relationship" of Facebook India with the Bharatiya Janata Party. 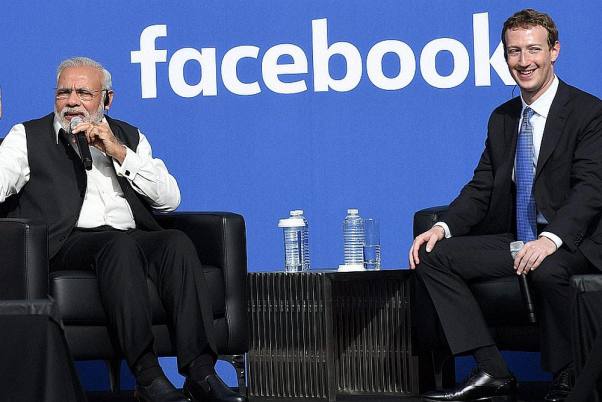 The Congress on Saturday wrote to Facebook CEO Mark Zuckerberg for the second time in a month, asking what steps were being taken on repeated allegations about the global social media giant's India unit being biased towards the ruling BJP.

At a press conference, the opposition party also demanded an investigation by a Joint Parliamentary Committee into the alleged "links of Facebook employees and the ruling establishment".

The Congress' letter to Zuckerberg came over an article in Time magazine, which the opposition party claimed "revealed" more information and "evidence of biases and a quid pro quo relationship" of Facebook India with the Bharatiya Janata Party.

There was no immediate reaction from Facebook or the BJP on the allegations. A report in the Wall Street Journal earlier this month had brought to fore similar allegations, which were strongly rejected by both Facebook and the BJP.

Tagging the Time magazine report, Congress leader Rahul Gandhi claimed in a tweet that it exposes the "WhatsApp-BJP nexus".

"Used by 40 Cr Indians, WhatsApp also wants to be used for making payments for which Modi Government's approval is needed. Thus, BJP has a hold over WhatsApp," he alleged, without elaborating.

In his letter to Zuckerberg, Congress general secretary organisation, K C Venugopal, referred to his earlier letter dated August 17 in which the party had requested the US-based company to investigate the allegations made in the Wall Street Journal article that the social media platform refused to apply hate speech rules to certain BJP politicians.

"We draw your attention to the article in Time magazine dated August 27 that reveals more information and evidence of biases and a quid-pro-quo relationship of Facebook India with the ruling Bharatiya Janata Party," Venugopal said in

the new letter dated August 29 and asked for details of steps being taken by the group.

"We will also be pursuing legislative and judicial actions in India to ensure that a foreign company cannot continue to cause social disharmony in our nation for their pursuit of private profits," he said.

At the party's press conference, spokesperson Pawan Khera and AICC data analytics department chief Praveen Chakravarty called for an "exhaustive and unbiased investigation by a Joint Parliamentary Committee between the unending links

"The investigation must include how Facebook manipulated voter opinion, allowed hate speech and was oblivious to fake news, even when they were in clear violation of their own regulations," they said in a statement.

"WhatsApp cannot be granted approvals for its payment operations until the inquiry is complete and the recommended actions are taken by the company," Khera and Chakravarty said.

They also demanded that the report of the investigation ordered by Facebook into the conduct of its Indian unit be made public.