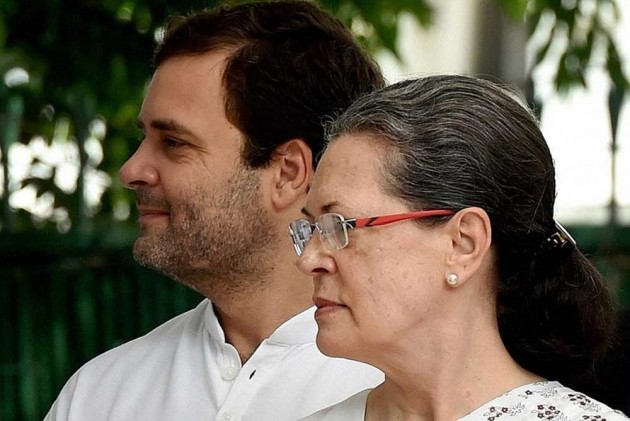 As interim chief of the electorally diminishing, crisis-ridden party, Sonia’s effort to hold on to the stature she and her party have historically enjoyed in India’s non-right political landscape is expected. The breakfast her son and former party president Rahul Gandhi hosted for nearly 100 Opposition MPs during the recently concluded Parliament session or the dinner that Sonia is herself expected to host sometime soon for Opposition bigwigs are both a continuation of the Opposition unity project that has been gaining ground for some months now and Sonia’s own effort to ensure that the Congress party and her family remain central figures in this plan.

Sonia’s outreach is commendable, particularly in light of numerous calls by critics of the ruling dispensation for the Grand Old Party to get its act together. There is also no doubt that Rahul Gandhi has been showing greater personal interest in reaching out to Opposition parties – MPs of various Opposition parties confirmed to Outlook that during the recent Parliament session, Rahul showed uncharacteristic initiative in reaching out to them with a request to “work together”.

What is ironical though is that while the Congress high command is willing to go the extra mile to strengthen their party’s existing bonds with some Opposition parties and build anew their rapport with others, their colleagues within the Congress continue to complain of a lack of dialogue with the Gandhis on crucial issues. Stemming attrition from the Congress to the BJP or other parties, including allies with whom the Gandhis want to build Opposition unity, has been among the Congress’s biggest challenges in recent years.

In just the past month, while the Congress was trying hard to woo Mamata Banerjee – the Bengal chief minister also reciprocated by calling on Sonia during her recent visit to Delhi – it lost two former MPs, the late former President Pranab Mukherjee’s son Abhijit Mukherjee and All India Mahila Congress chief Sushmita Dev, to the Trinamool. Though Mukherjee and Dev have refrained from attacking the Congress or the Gandhis since their switch, their departure is indication enough of the discomfiture they certainly had with a party that not only they but their late fathers – Dev’s father Santosh Mohan Dev was a former Union minister, seven-term Congress MP and among the party’s tallest leaders in the northeastern states – had served with distinction.

Sushmita Dev’s departure should come as a big blow to the Gandhis also because she was among the young leaders of the party whose political careers witnessed a mercurial rise largely owing to their proximity to the Congress’s first family, Rahul Gandhi in particular. Like Pradyot Debbarma, Ashok Tanwar, Jyotiraditya Scindia and Jitin Prasada, other young leaders who once enjoyed Rahul Gandhi’s patronage but then parted ways with the Congress, Sushmita Dev too had easy access to the party high command. It is, thus, a mystery why the Gandhis failed to see Dev’s growing frustration within the Congress or, if they knew about it, why they couldn’t convince the former Silchar MP that her concerns will be addressed.  Could the Gandhis not call Dev over for a meal or coffee to discuss her problems the same way they are now busy drawing breakfast, lunch or dinner plans with Opposition leaders who have been playing hardball?

A cursory glance of the long list of prominent faces that the Congress has lost in recent years is also instructive of another irony. Young or middle rung leaders of the party who were awarded plum party positions – PCC presidents, AICC general secretaries, CWC members, et al – ostensibly due to their proximity to Rahul Gandhi showed no hesitation in junking the Congress when its chips were down and showed no sign of an uptick. On the other hand, the old loyalists, often dismissed as deadwood and those who have reportedly been sulking over being sidelined and supposedly embarrassing the Gandhis by their calls for inner-party reform, continue to assert their ‘Congress identity’ instead of moving on to better political pastures.

When the so-called G-23 (now G-22 after Jitin Prasada’s switch to the BJP) wrote that famous letter to Sonia demanding urgent organisational correctives and a visible, full-time leadership, even those Congress leaders who stridently criticised these ‘rebels’ publicly, admitted in private that the demands had great merit. The Congress high command made some half-hearted attempts to win over the dissidents in the early days of their rebellion – Sonia called a bunch of them for tea at her 10, Janpath residence last December and assured them of more such dialogues to resolve differences – but the communication lines seemed to have broken down altogether in recent months.

When Kapil Sibal, the party’s most vocal and visible in-house critic in recent months, invited a host of Opposition stalwarts for his 73rd birthday dinner recently, all hell broke loose because some of the invitees ‘attacked’ the Congress and the Gandhis for being listless and inept in taking on the BJP. Sibal publicly conceded that he had no ‘personal rapport’ with Sonia and hadn’t met the Gandhis in nearly two years. Several other G-23 members told Outlook, on condition of anonymity, that there had been no effort by the high command to listen to their concerns and that while a “handful of us were cherry-picked” for important party work these exceptions appeared more “a way to buy our silence”.

If the Gandhis spent a few hours daily at the Congress office – or any other venue of their choosing – actually speaking to a broad spectrum of their colleagues instead of the ‘inner coterie’ associated with each member of the family (Sonia, Rahul or Priyanka Gandhi Vadra), they’d realise the deep sense of frustration within the rank and file against their party’s organisational morass. Breakfast, lunch, dinner, tea parties and virtual jamborees with leaders Opposition parties is, no doubt, a necessity if the Congress wants to bring a host of ‘like-minded’ parties to a common anti-BJP federal front but these would have no impact if the party they head continues to implode due to the high command’s neglect. The Gandhis would perhaps do themselves and their party greater service if they decided to break bread with their colleagues, particularly the naysayers, for a start.