The party claimed many people were injured in the police action, as the protestors tried to head towards CM residence. 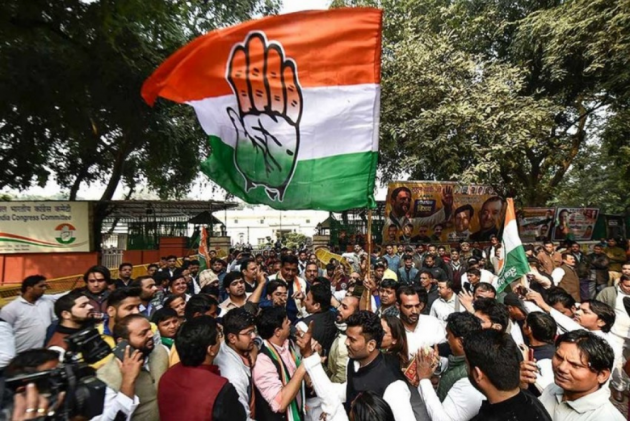 Congress protest against inflation, high fuel price and unemployment was disrupted in Madhya Pradesh's Bhopal on Wednesday, as police used water cannons to disperse the protestors.

Many people were injured in the police action, the party claimed.

The protest was organized by Youth Congress, from the party office on the Link Road to the chief minister's residence.

But police stopped the march near the Congress office by putting up barricades.

As protestors tried to climb the barricades, police used water cannons and arrested many of them.

Youth Congress workers led by its national president Srinivas B V  had gathered here from across the state to take part in the protest, said a party leader.

Rakesh Goyal, a worker from Badnagar in Ujjain, was seen with his head bleeding.

Police hit him with batons resulting in an injury to the head, he alleged.

Congress MLA and former minister Jaivardhan Singh, whose clothes were torn in the melee, claimed that several protestors were injured due to the use of force by police.

“They will be released after some time," he added.

The protest was planned to be held outside the state Assembly but as the Assembly session ended on Tuesday the venue was changed, said a Congress leader. (With PTI inputs)