The party founded by Conrad’s father, former Lok Sabha speaker PA Sangma, will this time contest election in the coming Lok Sabha polls in Assam along with other states. 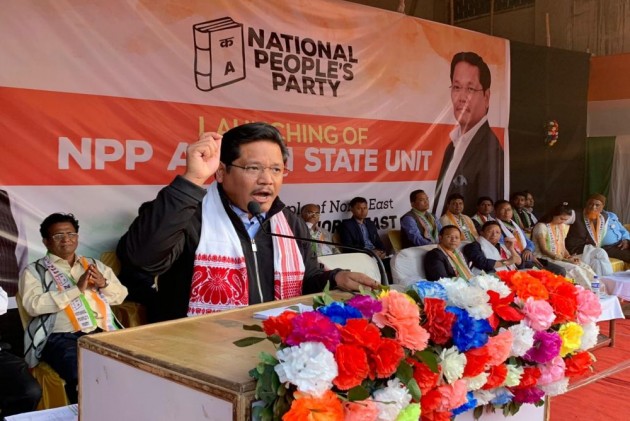 The party founded by Conrad’s father, former Lok Sabha speaker PA Sangma, will this time contest election in the coming Lok Sabha polls in Assam along with other states.

“Today is an auspicious day for us as the NPP-led Meghalaya government has completed one year today and we are opening our unit in Assam. You all know the NPP has always been very clear with its ideology and vision. Late PA Sangma has always been a champion when it came to the cause of the northeast people. His desire has always been that there should be a platform, a voice and a political party that speaks the interest of the NE people,” said Conrad addressing the media in Guwahati on Wednesday.

Explained | The Citizenship Amendment Bill And The Opposition Over It

Conrad was in the limelight recently when he led from the front in uniting all the regional parties of the Northeast and the students’ leaders, to lobby against the Citizenship Amendment Bill in New Delhi.

“We all aware that northeast is a very complicated region. But in spite of having the diversity and our differences and complications, we are still the people who are from this region who have faced common challenges and problems which I feel can be addressed in a better manner if we work united. That was the ideology for which the NPP was floated,” Conrad added.

The NPP has two seats in Nagaland, four in Manipur and five in Arunachal Pradesh. In Meghalaya, NPP has 20 seats in the 60-seat assembly. In Assam, former Asom Gana Parishad (AGP) leaders Dilip Bora and Divas Phukan have joined the NPP.

“We are keen to do well here under the leadership of Dilip Bora. We want to reach to all the corners of northeast,” he said.

Speaking on the Act East Policy, Sangma said that it’s the people of the region who have to do the work towards that end.

“Who is actually going to work for us? We, somehow, the people of northeast are waiting that Delhi will do it for us and maybe things will change for us. But I think that time has gone. Now, if anybody has to work that is us. Only then it (Act East Policy) will be successful in letter and spirit,” Conrad added.