The inaugural blast for the 14.83 km tunnel was initiated virtually by Union Minister Nitin Gadkari. When launched, it will be the longest bi-directional tunnel in Asia, connecting the Kashmir Valley to Ladakh. 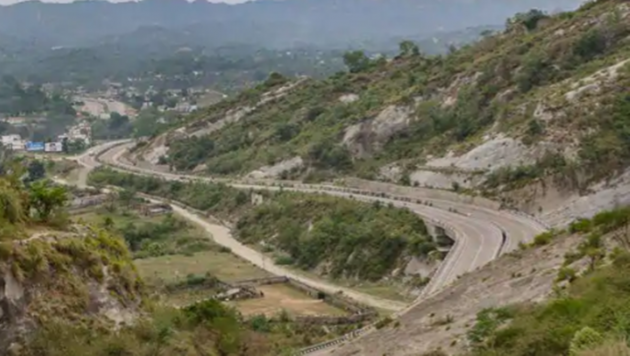 The construction of the longest tunnel road in Asia, Zojila Tunnel, began with the ceremonial blasting on Thursday. The blasting process was initiated virtually by Nitin Gadkari who is the Union Minister for Road Transport, Highways and MSMEs.

With a length of 14.83 km, the tunnel would be the longest bi-directional tunnel in Asia connecting Kashmir Valley to Ladakh region making the road fair weather.

Zojila pass is situated at an altitude of 11,578 feet on the Srinagar-Kargil-Leh highway. The highway remains closed during winters, from December to April, due to heavy snowfall and avalanches on Zojila pass cutting off the Leh-Ladakh region from Kashmir and rest of the country.

“Works are also underway by National Highways & Infrastructure Development Corporation Limited (NHILDCL) on Z-Morh and Zojila Tunnel along with the work on the approach road and avalanche protection works. While the Z-Morh tunnel is 6.5 km long, the Nilgrar Twin Tunnel is 2.4 km and the Zojila Tunnel is 14.15 km,” the spokesman added.

On the occasion, the Lt Governor J&K said that he hopes that after completion of the project in December 2023, Sonamarg in Ganderbal district would receive and attract more winter tourism.  The Lt Governor said that work on the approach road to the tunnel is expected to be completed within 30 months while the tunnel itself will take around 72 months to complete.