Maharashtra has so far reported 251 deaths, the highest fatality rate among the states. 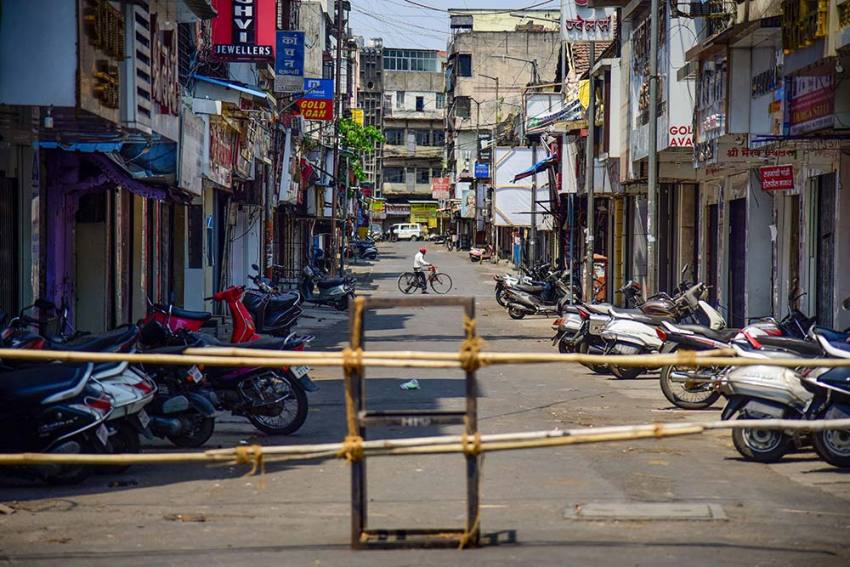 Barricades are seen at Khadki Cantonment after seven family members of a COVID-19 positive patient tested positive for the coronavirus infection during a nationwide lockdown in the wake of coronavirus pandemic, in Pune. (PTI)
Rajat Mishra 2020-04-22T12:09:23+05:30 'Containing COVID-19 In Pune's Slum Areas Next Challenge': District Collector Naval Kishore Ram 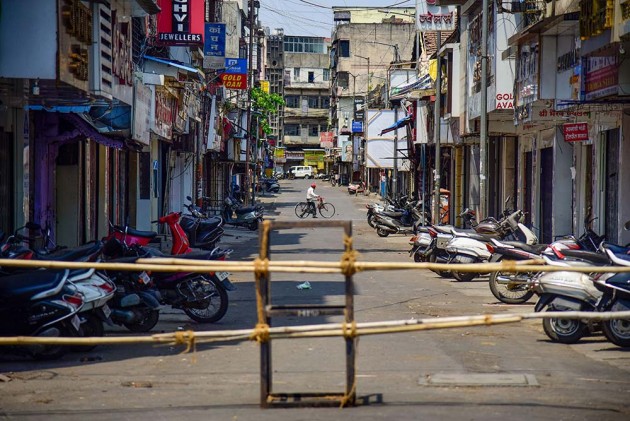 A 53-year-old Coronavirus positive patient passed away on Tuesday night, taking the death toll in Pune district to 55, officials from the health department said. The city has been identified as one of the hotspots in India for COVID-19. Maharashtra has so far reported 251 deaths, the highest fatality rate among the states.

Naval Kishore Ram, District Collector, Pune, speaks with Outlook's Rajat Mishra on the steps being taken to contain the spread of the deadly infection in the city.

Why is there an increase in the number of cases in Pune?

There are two ways to look at it. First, to get worried after looking at the number of cases as there are around more than 700 cases in the city. But another way to look at this is that I have a very targeted approach to trace cases. We have a higher number of cases because of aggressive surveillance and testing. We have formed 1000 teams, each comprising three members and a police constable.

There were many poor patients trying to suppress their disease and not coming out. We have tried to trace people even with flu-like symptoms. We have also visited chemist shops to find out who is buying Paracetamol without prescription. We have issued a circular under Epidemic Act that names of people who are buying these drugs without any prescription should be communicated to us. We have also made 75 flu clinics in certain areas. Flu clinics act as the first entry point for suspected and symptomatic patients.

So, what is your strategy ahead?

At this point, I know whatever I say will not be easy for anyone to comprehend because of the high number of cases in the city. I want to test more people. I want to find out more symptomatic persons.

Can you tell us the hotspots in the city?

We have divided the city into 37 zones. I decided this with police commissioner that even within zones we should find sensitive spots like a particular area, building or certain colonies and societies. Because containing a small geographical area and protecting it is more fruitful and feasible. There are some areas like Bhawani Peth, Hadapsar, Kondhwa, Guddekeri, Kasarwadi and Kasba Peth and others, and we are doing our best to find out more.

What is the status of testing in Pune? Do you have enough kits?

Can you share details of the deaths reported so far in Pune?

What are the challenges, if any, that you're facing?

Until a few days ago, labourers in Pune did not have a place to live. So we organised labour camps. Now, the challenge before us is to contain cases in slum areas. We now have a multi-pronged strategy and are doing our best to contain this pandemic.

Milagrow To Test Robots At AIIMS To Contain Spread Of Coronavirus