The advisory comes as Northeast states like Assam and Tripura are witnessing violence and protests after passage of the Citizenship (Amendment) Bill (CAB) In Parliament. 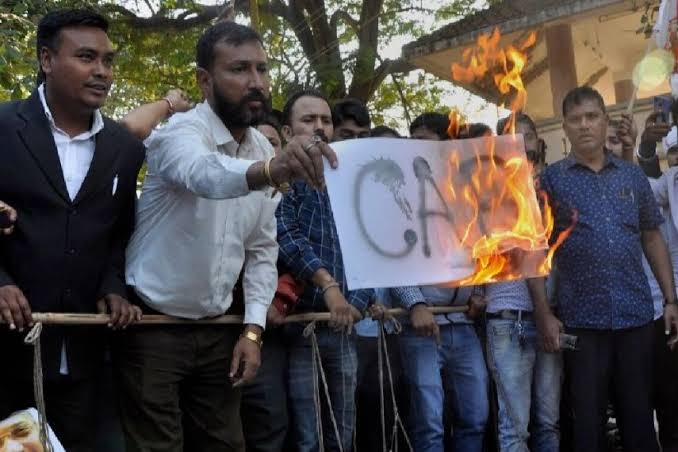 The Information and Broadcasting Ministry has directed all private TV channels to maintain caution in airing content which is likely to encourage or incite violence.

The advisory has come even as Northeast states like Assam and Tripura are witnessing violence and protests after the passage of the Citizenship (Amendment) Bill (CAB) In Parliament.

In the advisory to TV channels issued on Wednesday, the I&B Ministry said, "It is reiterated that all TV channels are advised to be particularly cautious with regard to any content which is likely to encourage or incite violence or contains anything against maintenance of law and order or which promotes anti-national attitudes".

The advisory applies to "Any content which contains anything affecting the integrity of the nation, and ensure that no such content is telecast which is violative of these Codes."

"All private satellite TV Channels are requested to ensure strict compliance of the advisory," it added.

On various occasions in the past, the Ministry has issued advisories to private satellite TV channels seeking strict adherence of the broadcast content prescribed under the Programme and Broadcasting Codes.

As many as 125 members of the Rajya Sabha on Wednesday voted in favour of the Bill while 105 MPs voted against the Bill, which was passed by the Lok Sabha earlier this week.

The Bill seeks to grant Indian citizenship to refugees from Hindu, Christian, Sikh, Buddhist and Zoroastrian communities fleeing religious persecution from Pakistan, Afghanistan, and Bangladesh and who entered India on or before December 31, 2014.

Army has been deployed in Assam and Tripura following violent protests over the Bill. Trains and flights have been cancelled in the region and curfew has been imposed in Assam's Guwahati and Dibrugarh.

Assam CM Sarbananda Sonowal has urged people to maintain peace after Prime Minister Narendra Modi tried to assure the people saying "no one can take away your rights."