On July 27, 2021, a complaint was lodged at Adarsh Nagar police station in Jaipur by Vikram Pahadiya accusing officials of IOCL of sacking four workers on using the washroom. 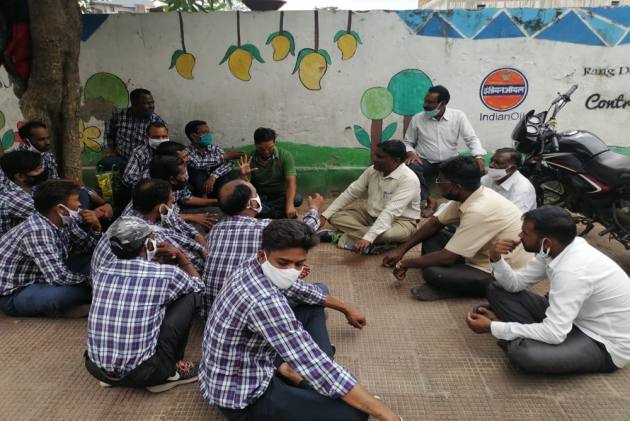 Several class four workers, mostly from the scheduled caste community, who were working at the Indian Oil Corporation Limited (IOCL) headquarters in Jaipur through a contractor are protesting against alleged caste discrimination faced by their fellow workers.

On July 27, 2021, a complaint was lodged at Adarsh Nagar police station in Jaipur by Vikram Pahadiya accusing officials of IOCL threatening them of sacking on using the washroom. The complaint added, four people were sacked from the job.

"Since last two years, we have felt strong discrimination towards us from the management and the staff. We have been stopped from using the washroom inside the office. We clean the office washroom, but we can't use them, because we are Dalits. We are also not allowed to use the office lift or even the canteen facility. The washroom that has been designated to us is located outside the building and is in an unhygienic state. When I arrived office on July 26, the guard stopped me and three others from entering saying that we have been removed from our job. He also mentioned that there is a complaint against us for using office washroom", Vikram Pahadiya, one of the 25 class four employees protesting outside the Jaipur headquarter from last three days told Outlook. Pahadiya has been engaged as a contractual worker at IOCL headquarters for the last seven years and works in the housekeeping section. 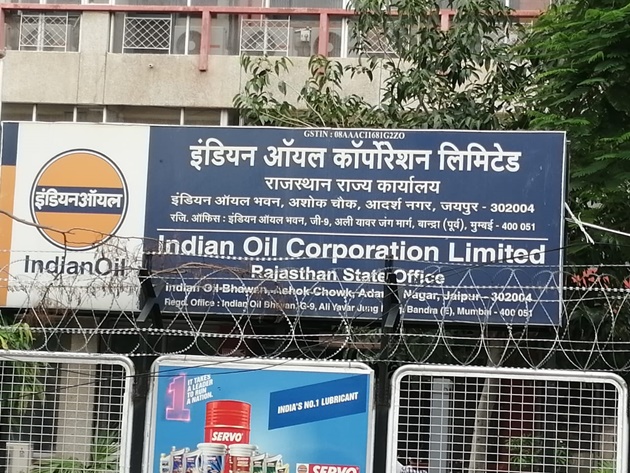 "Most of us are working here for the last many years and out of 25 people protesting, 21 belong to the Valmiki tribe - a scheduled caste community. Most of us have faced discrimination in different instances. The office has removed four of us, but the other 21 are also supporting us and have stopped working staged a protest outside the office premises", added Vikram who used to work at IOCL as a peon and his work profile included dusting, cleaning, and serving tea. Along with Vikram, the three other workers who have been removed from the job are Manoj Sain, Manoj Beniwal, and Arvind Pawar.

According to the protesting workers, the office management held a conversation with them a day after they filed the complaint and told them to resume their duties or else they will be fired. In a response to a police complaint, lodged at the Adarsh Nagar police station in Jaipur, constable Laxman Singh who is investigating the complaint told Outlook, "The complaint is about caste discrimination and we are investigating the matter". 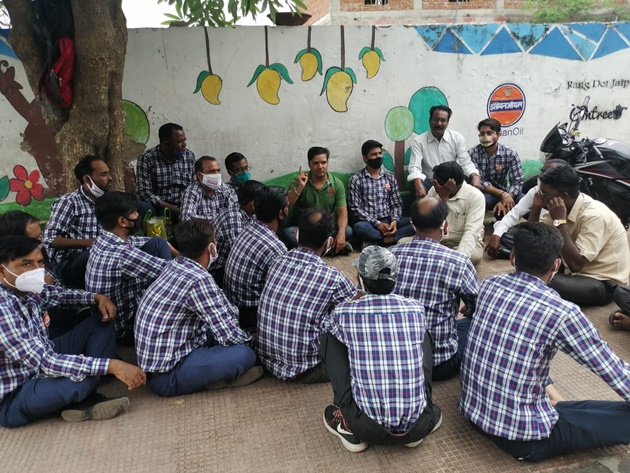 When Outlook contacted IOCL for an official response on the ongoing protests and allegations of caste discriminations leveled by class fouth employees, Sunil Garg, Executive Director and State head IOCL Rajasthan whose name is also mentioned in the complaint said, "The allegations leveled by the protesting contract workers are baseless. The four people were removed from the job as the tenders have been revised. As per the new tenders, we can only take 21 people. However, as per the old tender, 25 people were working as class fourth contract employees here. We have supported them through thick and thin. We have reassured them that will try to accommodate them and they should call off the strike and resume their duties".