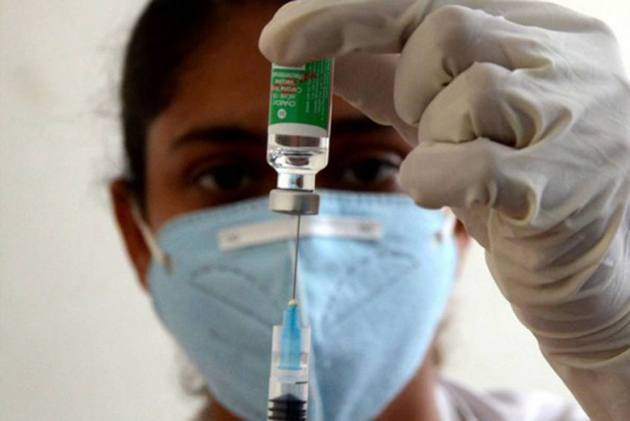 Noted epidemiologist Dr Jayaprakash Muliyil, who is a core member of the National Technical Advisory Group on Immunization (NTAGI), has rubbished the current controversy regarding doubling the gap between the two doses of Covishield vaccine.

While media reports have stated that the government decision to increase the gap between the two doses of the vaccine from 6-8 weeks to 12-16 weeks was not approved by all members of the NTAGI, Dr Muliyil in an interview to Outlook has said that the reports are baseless and incorrect. Excerpts

Q) Reports say that some members of the National Technical Advisory Group on Immunisation (NTAGI) didn’t approve of the doubling of the gap between two doses of the Covishield vaccine but the government still did it. Is it correct?

No Immediate Need For Change In dosage Interval Of Covishield: Centre

No, it is incorrect. Who says that there was no consent among the members? I don’t know where has this view come from. Everybody agreed to a delay but on the question of how much delay, there was a difference of opinion.

Q) Does it mean that there was no consent or final approval from all the members?

No, there were different opinions expressed. For example, the only danger of delaying the second dose was the fact that for some reason too much delay will cause the second dose to become ineffective. But evidence at that time suggested instead of effecting negatively a longer delay will actually help.

And then we also had a vaccine shortage, which everybody knows about. So, the most sensible thing to do is whatever little vaccine you have, you give it to everybody as the first shot.

Q) Normally, how do all the members of NTAGI arrive at a final decision on any crucial issue

NTAGI is constituted of intellectuals and highly qualified people. They discuss issues on principle and if there are any serious objection, they are raised and documented. In this case, various durations for the delay between the two gaps were discussed but, as far as my memory goes, no serious objections were raised by anybody in the meeting against any gap duration.

After the discussion and when no serious objection was raised, the government arm had to decide on how to put it into practice because many durations from two, three, four or five months were suggested. And that doesn’t go well with the programme people. They need to have some fixed days to enter data into the CoWin programme. So, in principle, the NTAGI was with the delay.

Q) Do you remember when the gap between the two doses was increased from 4 weeks to 6-8 weeks, was a similar process followed?

I can’t recall. There are so many meetings that I sit in. But let me tell you I don’t want to encourage a big controversy out of nothing. As I said, in principle, we all agreed that there should be a delay. Programmatically, some suggestions were also made and it doesn’t matter at all. Like, I don’t have an objection whether it is three months or six months.

Q) So as a scientist, you think doubling the gap is not a big issue and you don’t have any problem with it?

I have no problem at all. There are scientific groups looking into it. There are reports. And also remember that this particular vaccine initially was designed as a single dose vaccine. So, one dose should be as good as two. Why keep others without any vaccine while some people get two doses?

Q) But how do you want to justify the delay between the two doses?

Second, which is more important is, there were a large number of cases being reported and the aim was to give the first dose to as many people as possible so that they can come with the second dose a little later because there was a shortage of vaccines at that time.