Terming the controversy over the security of the Prime Minister as "unfortunate", former Prime Minister H D Deve Gowda on Thursday said that at no point there should be any complacency when it comes to protecting the highest executive office of India. 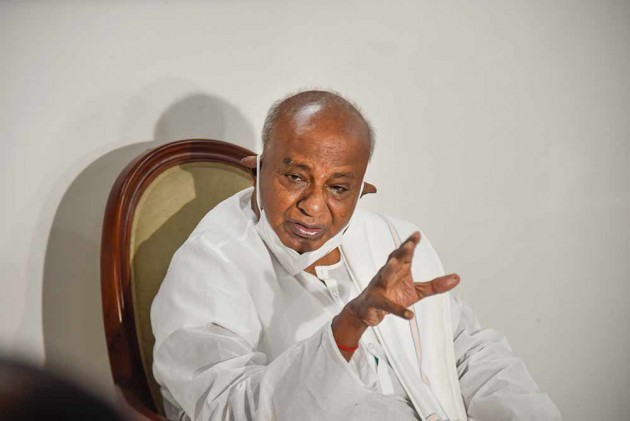 The JD(S) patriarch also reminded about the need to learn from the past.

"It is very unfortunate that there is a controversy over the security of the Prime Minister. At no point should we be complacent when it comes to protecting the highest executive office of India. We should learn from the past," Gowda said in a tweet.

Prime Minister Narendra Modi, who was travelling by road in Punjab on Wednesday, was stuck on a flyover for 15-20 minutes due to blockade by some protesters, an incident the Union home ministry described as a "major lapse" in his security.

However, Punjab Chief Minister Charanjit Singh Channi expressed regret after Modi had to cut short his visit to the state, but asserted that there was no security lapse.