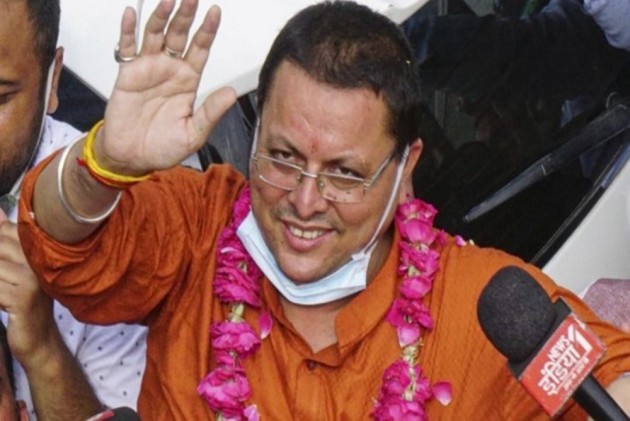 Informing Singh that the Government of India has issued orders for the survey of a narrow-gauge rail line between Tanakpur and Bageshwar, the chief minister requested him to make a recommendation to the Ministry of Railways for upgrading it into a broad gauge rail line.

Dhami also sought financial assistance from the Centre for developing infrastructural facilities at the proposed Military School at Jakholi in Rudraprayag district, an official release said.

Uttarakhand To Be Leading State In Tourism By 2027, Says CM Dhami

A narrow gauge rail line between Tanakpur and Bageshwar will neither resolve issues of strategic importance nor transportation problems in the area, Dhami said.

The Tanakpur-Bageshwar rail link is strategically significant as it is close to India's borders with both China and Nepal, the chief minister said, adding it will also link new business centres together.

Dhami also said that the MoU for developing infrastructural facilities at the military school in Jakholi should be amended and financial assistance should be provided by the Centre for the purpose.

During his meeting with Shekhawat, he was assured that the Centre will soon sanction Rs 4,673 crore for the Lakhwad multi-purpose project.

A joint meeting of stakeholder states will also be held on the Kisau multi-purpose project including Uttarakhand, Uttar Pradesh, Himachal Pradesh, Delhi, Haryana and Rajasthan, the chief minister was assured.