The incident took place on Monday when Baundi police station SHO Subhash Chandra Singh was handing out challans to pedestrians and cyclists for not wearing masks. 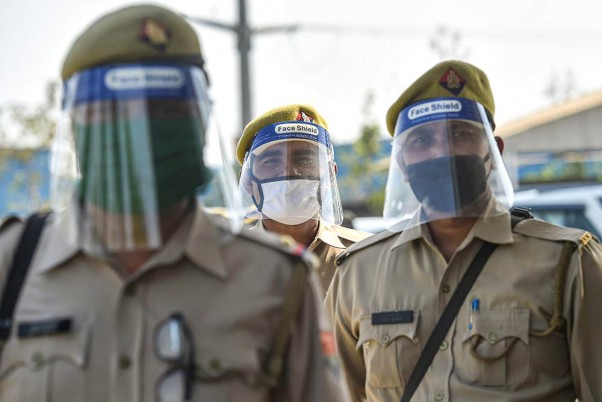 A police officer issuing challans to people for not wearing masks in Uttar Pradesh's Bahraich was fined because he was himself without one.

The incident took place on Monday when Baundi police station SHO Subhash Chandra Singh was handing out challans to pedestrians and cyclists for not wearing masks.

Some villagers claimed they were fined even though they had their faces covered with 'angocha' towels.

Meanwhile, Superintendent of Police Vipin Mishra got to know that the SHO was issuing challans for not wearing masks, while a photograph showed him without one himself.

"Wearing a face mask protects a person, his family members and the public (from the disease). If our officials do not adhere to these basic points, then what message we are going to give to the society," Mishra said on Tuesday.

"Through this challan, we have tried to send a message to all police officials and personnel in the district that they are not above the public. If we commit any fault, then we should also come within the ambit of the same law," he added.