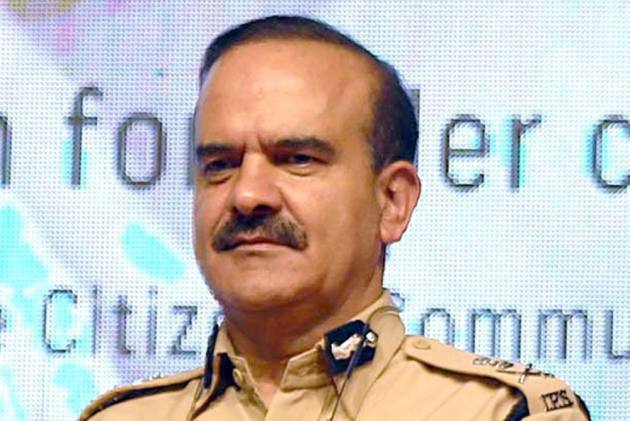 Police officer Bhimrao Ghadge has demanded police protection for him and his family members claiming a threat to life. He had levelled allegations of corruption against former Mumbai police commissioner Param Bir Singh and other officials.

"There is a threat to me and my family from the accused persons. I have demanded protection by armed policemen for myself and my family members who live in Kalyan near Mumbai," Ghadge said.

"I am posted here in Akola but my family members are residing in Kalyan. I am worried about them as these people can do anything," he claimed.

The police inspector said he had not received any threatening call or messages.

"But no one will tell you in advance before causing any harm," he added.

An FIR was registered against Param Bir Singh, DCP Parag Manere and 26 other policemen on the complaint of Ghadge at Akola in Vidarbha last month under various sections ranging from criminal conspiracy, destruction of evidence and sections of the Scheduled Caste and Scheduled Tribe (Prevention of Atrocities Act), 1989.

The FIR was then transferred to the Thane city police.

In his complaint, Ghadge had made a series of allegations of corruption against Singh and other officers, in the period when the former Mumbai CP was posted with the Thane police.

Ghadge, who was posted in Thane police commissionerate during 2015-2018, had alleged that during his tenure, several officers there under Singh had indulged in various acts of corruption. He also claimed that Singh had asked him to not charge-sheet certain individuals against whom FIRs had been registered.

Ghadge had also alleged that after he refused to obey Singh's instructions, five FIRs were registered against him and he was suspended.

Jalan had recently written a letter to Maharashtra Director General of Police alleging that Singh and some other police officials had extorted Rs 3.45 crore from him.

Earlier, businessman Mayuresh Raut had alleged that Kothmire and Sharma harassed him in 2017 at Singh's behest and took away two of his luxury cars.

The National Investigation Agency (NIA) on Friday recorded statements of Jalan and Raut.