The woman identified as Poonam died under mysterious circumstances on Sunday and on receiving information from common friends, her father Rajpal and brother Satyavir reached her home in Chola Chauki village and found her lying dead on a cot. 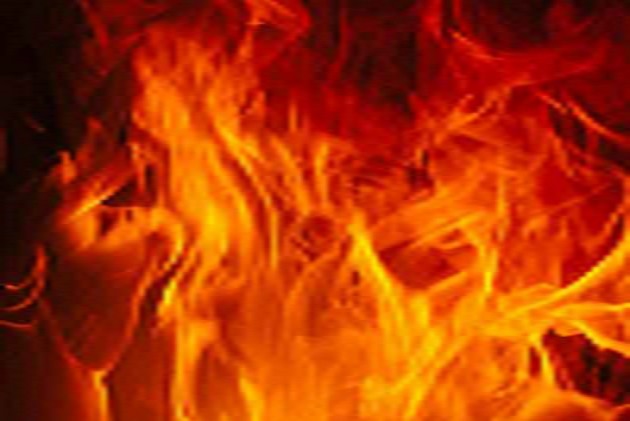 The Uttar Pradesh Police have retrieved the body of a woman from a burning pyre in Bulandshahr, after which it was sent for post-mortem.

The woman identified as Poonam died under mysterious circumstances on Sunday and on receiving information from common friends, her father Rajpal and brother Satyavir reached her home in Chola Chauki village and found her lying dead on a cot.

They said that she had committed suicide by hanging.

Poonam's in-laws beat up her father, Rajpal, and brother and locked them inside a room and took the body for cremation.

They had already set the pyre on fire when her father and brother managed to free themselves and reached the cremation ground. They informed the police and a fire brigade was called in to douse the flames. The half burnt body was taken out and sent for post-mortem.

In his complaint, Rajpal said that Poonam was married to Pushpendra in 2007. But, Pushpendra later developed relations with his sister-in-law and this caused friction between the couple.

"He did not give any money to my daughter and used to torture her. I often gave money to Pushpendra but he did not stop torturing her," he added.

Further probe is underway into the incident, the police added.