Corona Will Win If We Fight With Each Other: Kejriwal After Oxygen Controversy

Kejriwal sought to move on from the controversy over a Supreme Court-appointed panel report on the capital city’s oxygen demand. 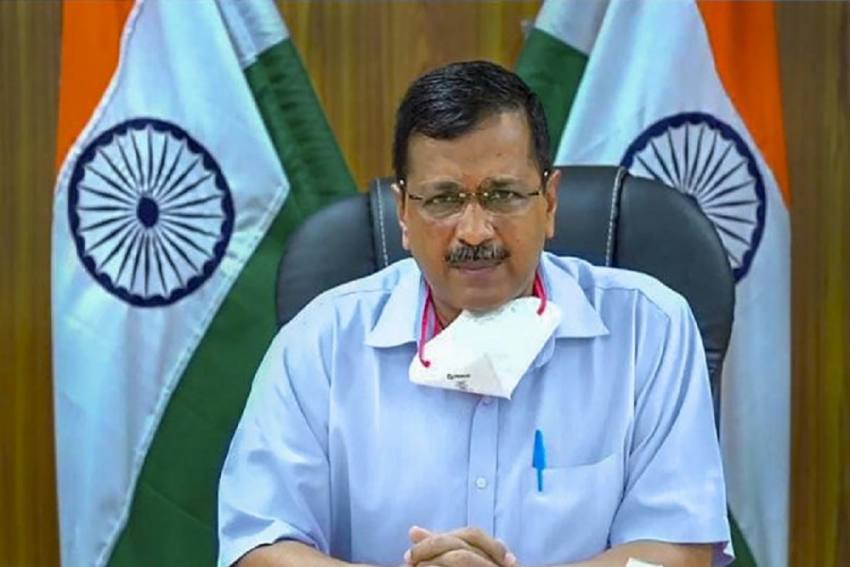 Delhi Chief Minister Arvind Kejriwal on Saturday called for everyone to work together to ensure there is no shortage of oxygen in the next Covid wave, also Seeking to move on from the controversy over a Supreme Court-appointed panel report on the capital city’s oxygen demand.

The virus will win if we fight with each other, Kejrwal said.

His statement has come a day after his Aam Aadmi Party and the BJP hit out at each each other over the report that said Delhi’s oxygen needs were “exaggerated” four times over during the second Covid wave.

"May we work now if your fight over oxygen is finished? Let us together make a system so no one faces shortage of oxygen in third wave,” Kejriwal said in his tweet in Hindi.

While AAP leaders accused the BJP of "cooking up" the report from the Supreme Court appointed committee, the saffron party charged the Delhi government with "criminal negligence". Deputy Chief Minister Manish Sisodia alleged that the "bogus" and "misleading" report was "cooked up" at BJP's office and submitted by the Centre in the apex court.

The sub-group constituted by the Supreme Court to audit oxygen consumption in hospitals in the national capital during the second wave said the Delhi government "exaggerated" the consumption of oxygen and made a claim of 1,140 MT, four times higher than the formula for bed capacity requirement of 289 MT.

The five-member panel, headed by AIIMS Director Randeep Guleria, said the Delhi government had made the claims for allocation of 700 MT oxygen on April 30 of medical grade oxygen using a "wrong formula".

Bhalla gave his objections and comments on the 23-page interim report shared with him on May 30. The report has an annexure of communication sent by Bhalla on May 31 in which he said a reading of the draft interim report makes it “painfully apparent” that the sub-group, instead of focussing on the task, delineated from the terms of order of the Supreme Court dated May 6.

The manner in which the proceedings of the sub-group were conducted, he said, suggested that the purpose of proceedings was to satisfy a “preconceived and predetermined conclusion and narrative to recommend a lower quantity of LMO to Delhi”. It was also aimed at further portraying an impression that the assessment by the GNCTD (Government of National Capital Territory of Delhi) before the high court and the Supreme Court was “exaggerated or not genuine”, Bhalla added.

He said in his note that there is no gainsaying that this kind of exercise does not further the “spirit, intent and objective” of the order of the Supreme Court under which the sub-group was constituted.

Bhalla also objected to the finding of the sub-group that medical oxygen consumption as per actual bed occupancy was 250 tonnes in late April, 470-490 MT in the first week of May and 900 MT as claimed on May 10.

Regarding the finding that “exaggerated” oxygen requirement claims were made by the Delhi government, Bhalla said the GNCTD clarified that the calculation for 700 MT has been made in accordance with standard oxygen requirement specified by the government of India/ICMR, which is 24 litres per minutes (LPM) for ICU beds and 10 LPM for non-ICU beds.

“Doubts about the percentage of non-ICU beds that need oxygen can only be resolved through an actual on-ground audit of hospitals, which the audit sub-group is yet to do,” he said.

As controversy spiralled on Friday, Kejriwal reacted to developments saying his  only "crime" was that he "fought for the breath of two crore people" of Delhi.

"...When you were doing an election rally, I was awake all night arranging for oxygen. I fought, pleaded to get oxygen for people."

"People have lost their loved ones due to lack of oxygen. Don't call them liars, they are feeling so bad," Kejriwal said on Twitter.