Coronavirus: Centre May Come Up With Red, Orange, Green Zones To Steer Through Lockdown

Officials privy to the discussions during PM Modi's four-hour-long conference with chief ministers said that schools and colleges would remain shut but some small scale industries and liquor shops may be allowed to function. 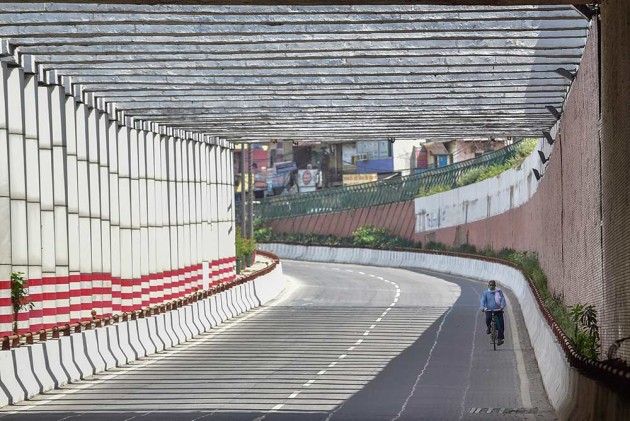 The Centre is likely to categorise the country into red, orange and green zones depending on the number of COVID-19 cases during the proposed extended period of lockdown and might allow limited services to function in the safe zones.

Officials privy to the discussions during the four-hour-long conference with chief ministers, convened by Prime Minister Narendra Modi, said that schools and colleges would remain shut but some small scale industries and liquor shops may be allowed to function.

There was near unanimity in extending the ongoing 21-day lockdown, which is till April 30, and the central government is likely to categorise the country into three zones -- red, orange and green -- depending on the number of COVID-19 cases, an official, speaking on condition of anonymity, said.

There will be no activity in the red zones -- the districts where sizeable number of cases were detected or areas which were declared hotspots.

In the orange zones -- where only a few cases were found in the past with no increase in the number of positive cases -- minimum activities like opening of limited public transport, harvesting of farm products will be allowed.

Green zones will be in the districts where there is no COVID-19 case.

The chief ministers were against large scale inter-state movement of people, sources said.

Liquor shops are likely to be allowed to open as many chief ministers strongly pitched for it arguing that it is a major revenue generating way for the states, the sources said, adding restaurants and malls won't open.

However, some MSME industries falling under the green zone -- in the districts where there is no COVID-19 case -- will be allowed to function with in-house lodging facilities for employees with proper maintenance of social distance.

Agricultural activities are also set to be allowed in green and orange zones with strict maintenance of social distance.

Currently, in major cities like Delhi, 30 per cent of DTC and cluster bus services are operational for those working in essential services.

The city public transport services will be enhanced from minimum to optimal, another sources said.

The chief ministers are strongly opposed to any mass scale movements of people between states saying they don't have the capacity to put thousands of people in quarantine together, the sources said.

After the marathon meeting, the prime minister is believed to have directed top officials to work out on the guidelines -- on the restrictions and exemptions -- which may be announced either on Sunday or Monday.