E-token System For Liquor Purchase In Delhi To Avoid Overcrowding

The e-token will help maintaining social distancing and cut down on waiting time in long queues by specifying time for each e-coupon holder to buy liquor at a shop. 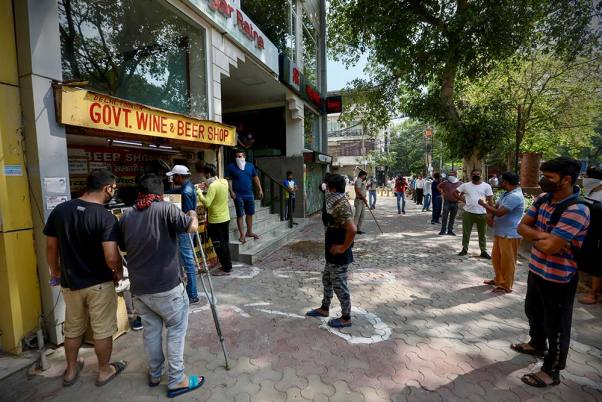 The Delhi government on Thursday started an e-token system under which customers would be given specific time for purchasing liquor in the wake of violations of social distancing norms by people crowding such outlets.

According to an official statement, the government released a web link - www.qtoken.in - where people will be designated specific time for purchasing liquor after they fill personal details.

The e-tokens will be sent on the mobile phones of the registered persons, it said.

The Delhi government had allowed opening of 200 liquor shops run by civic bodies but only 50 opened due to overcrowding, the statement said.

The e-token will help maintaining social distancing and cut down on waiting time in long queues by specifying time for each e-coupon holder to buy liquor at a shop.

Also Read: In TN, Tipplers Queue Up Outside Liquor Shops With Rarely-seen Discipline

The people will require to furnish address of liquor shop in their area along with their mobile number and other details, while applying for e-token on the web link.

The Delhi government allowed sale of liquor from Monday. The rates of liquor were raised by 70 per cent of maximum retail price on Tuesday. Still large crowds gathered at the shops, violating social distancing norms amid the coronavirus outbreak.

The Central government had allowed some relaxations in Lockdown 3.0, including sale of liquor under certain conditions.

Violations of social distancing were reported and the Excise department directed the four corporation dealing in retailing of liquor to take measures like e-tokens, barricading and deployment of marshals to ensure that such norms were followed at the shops.