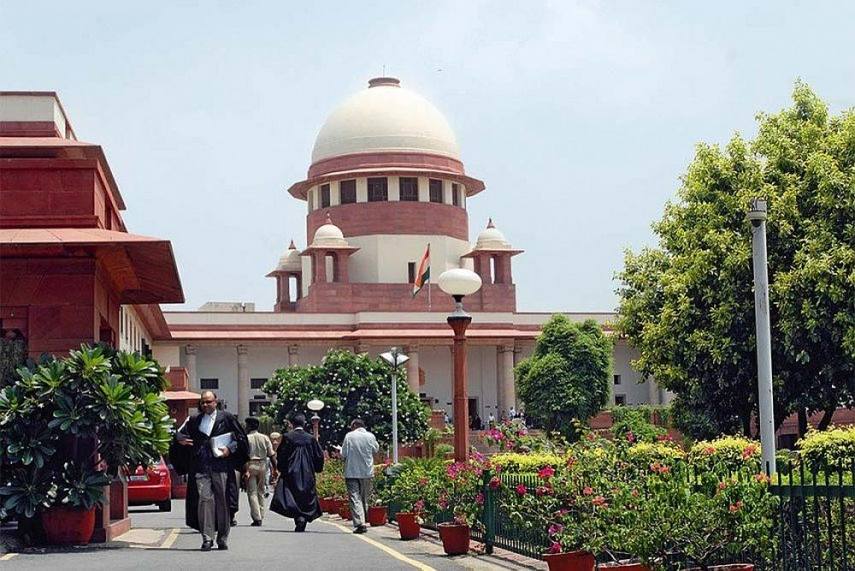 The Supreme Court of India on Monday said it is mulling a shutdown amid rising coronavirus cases in the country as the top court opts to hold video-conference to hear urgent matters in an unprecedented move.

CJI S A Bobde said, "I will take a call by today itself on possible shut down or preponing summer vacation, as demanded by lawyer bodies."

Further, the Supreme Court has ordered the lawyers' chambers inside the Court premises to be closed down in the wake of the coronavirus pandemic.

"All lawyers' chambers in and around SC premises to be sealed by Tuesday evening," the apex court said.

The apex court also said that there will be no more in-person hearings until further orders. The Court will conduct video-conferencing to hear extremely urgent matters and a bench of two judges will be available for this.

The court said there will be no gathering of lawyers in top court premises till further orders. It said it will cancel all proximity cards (entry cards) to dissuade lawyers from coming to court.

However, it added that only the Supreme Court Bar Association president can authorise lawyers to enter court premises for urgent reasons.

The Supreme Court Advocates on Record Association had passed a resolution on Sunday saying none of their members will appear in the court till April 4. They have also appealed to CJI Bobde to close down the court premises in "the best interest of the health of the bar and bench."

It also underlined that in view of the closing of Delhi borders and suspension of the metro services, advocates from Noida, Ghaziabad and Gurugram would not be able to reach the Supreme Court.

The confirmed cases in the country soared to 415 on Monday even as the government ordered lockdown of 80 districts across 17 states and five Union Territories including all seven districts in Delhi. India has also recorded seven deaths due to the viral infection so far.