Coronavirus: Telangana Becomes First State To Extend Lockdown Till May 7

The Centre permitted certain lockdown relaxations after April 20, but the state cabinet decided not to give any relaxation. 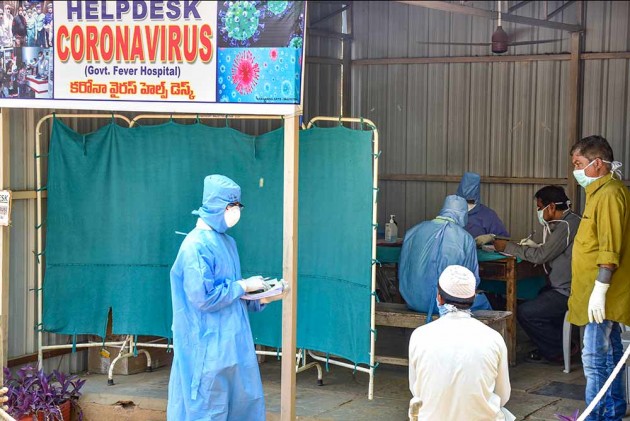 Telangana Chief Minister K Chandrasekhar Rao on Sunday announced that the ongoing lockdown in the state will continue till May 7 without any relaxations.

"The state cabinet, after assessing the pros and cons, decided that we are extending the lockdown till May 7. It is already there till May 3. Four days are added to it,” he told reporters on Sunday night.

"The existing lockdown rules, including night curfew, would continue to be in force and it would be implemented in a tough manner," he told reporters after a meeting of the state cabinet.

The Centre permitted certain relaxations after April 20, but the state cabinet decided not to give any relaxation.

"No relaxation will be given in Telangana," he said, adding the decision was taken in the interest of public health.

The state cabinet would meet on May 5 to take further decisions after reassessing the COVID-19 situation.

Citing reports that bookings for air travel may start from May 4, he appealed to air passengers not to come to Telangana till May 7 as taxi, hotel and other services would not be available.

The international airport in the city would be informed to follow the rules till May 7, he said.

The chief minister said 18 fresh coronavirus cases were reported in the state on Sunday.

According to an update on COVID-19 released by the state government, the total number of confirmed cases as on Sunday stood at 858, while the number of active cases was 651.

It said 21 COVID-19 patients have died and 186 have been discharged from hospitals after recovery.

Referring to a pizza delivery boy testing positive in Delhi, leading to several people being affected, Rao said services of food delivery apps would not not be allowed from Monday.

There is, however, no problem, with services of grocery supply through apps, he said. He appealed to the people to avoid ordering food from outside for now.

Rao said prayers and festivals should be performed only at home.

"Whether it is Ramzan, Hindus or Christians, anybody, this is not confined to any one religion or section. Everybody has to follow the rule very strictly," he said, adding any religious congregation is not allowed.

The government orders the landlords of houses to defer the rent for March, April and May and not to collect interest for having deferred the payment of rent, he said. Necessary orders are being issued, he said.

A complaint can be made against house owners by calling ‘100’ if they caused trouble, he said.

Talking about private schools, he said such schools should not increase fees even by one paise for 2020-21 academic year. The government is issuing orders, he said.

The chief minister said the 87.50 lakh ration card holders would get 12 kg of rice per person free of cost. Similarly, the government will also give Rs 1,500 per family for purchase of vegetables and other essential items in May, he said.

The migrant workers would also get 12 kg of rice per person and Rs 1,500 per family, he said.

He announced certain relief measures for other sections, including industries.

He said he has requested Prime Minister Narendra Modi to raise FRBM (Fiscal Responsibility and Budget Management Act) limits of the states.

The Centre should help the states in whichever form it can, Rao said.