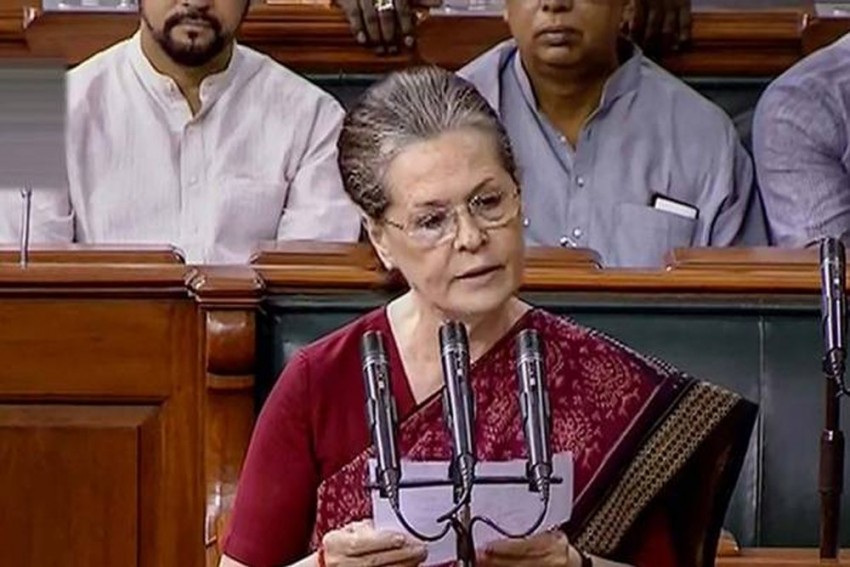 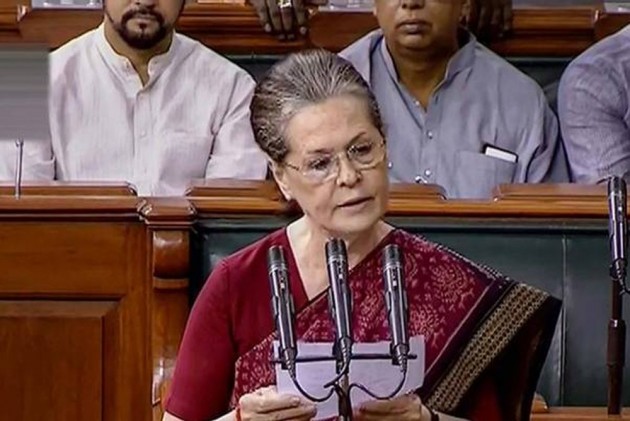 UPA chairperson Sonia Gandhi on Tuesday opposed in Lok Sabha a railway ministry proposal to corporatize its production units, including the Modern Coach Factory in her Lok Sabha constituency of Rae Bareli, alleging that it was the "first step" towards their privatisation.

Soon after the Congress leader raised the issue during the Zero Hour, the Railways rejected her charge, and said the factory will remain under government control.

Slamming the move to corporatize railways' production units, Gandhi accused the government of selling the country's assets to private players at a throwaway price.

It was a rare instance when Gandhi raised an issue during the Zero Hour in Lok Sabha.

"Those who don't understand the real meaning of corporatization.... It is actually the first step towards privatisation. They are selling the country's assets to a handful of private players at a throwaway price. This will leave thousands unemployed," she said.

But, the Railways maintained that "corporatization was not privatisation".

"What railways means by corporatization is making a government PSU - the Indian Railway Rolling Stock Company- under the Ministry of Railways and shifting the production units including MCF, Rae Bareli to it," an official said.

"This means they will remain under government control but will be better managed as these production will become fully functional PSUs. This will help drive technology partnership and modernisation," the official said.

Gandhi, the leader of Congress Parliamentary Party, was the first one to speak during the Zero Hour. As she rose from her seat, the entire opposition was seen thumping the desks.

Taking a dig at the government, she said the unit was started during the UPA regime to promote "make in India", which has been taken up by the Modi government.

She said that the MCF is the most modern factory of the Indian Railways and manufactures best coaches at cheapest rates.

"The government has invested heavily in it (MCF). It is difficult to understand why the government wants to resort to corporatization," she said.

She said the future of 2,000 workers remains uncertain due to the government's move.The primary job of the PSU is welfare of the people, and not to benefit capitalists, she said.

Gandhi also criticised the government for stopping the practise of having a separate railway budget.

"Can we not expect parliamentary scrutiny for such types of decisions," she said.

"Pandit Jawaharlal Nehru had termed Public Sector Undertakings as temples of modern India. Today, it is sad to see that these temples are under threat," she said.

An official source pointed out, that while the foundation stone of the MCF was laid by the Congress led UPA government in February 2007, construction started only in May 2010.

"The factory was slated to produce 1,000 coaches. However, it was far from achieving its full potential.

"Between 2011-14, it only did minor work on some coaches brought from Kapurthala. Only 375 coaches were 'refurbished' between 2011 to 2014 whereas it should have been fully manufacturing coaches. In July 2014, MCF was declared a Production Unit of Indian Railways and now its production capacity has grown by leaps and bounds," said the source.

Protests have rocked the MCF, which sources say could be the first of the railways' seven production units, that could be corporatized.