Stating that it won’t be ‘prudent’ for him to appear in person before the ED due to Covid, NCP leader Anil Deshmukh skipped the agency’s summons today 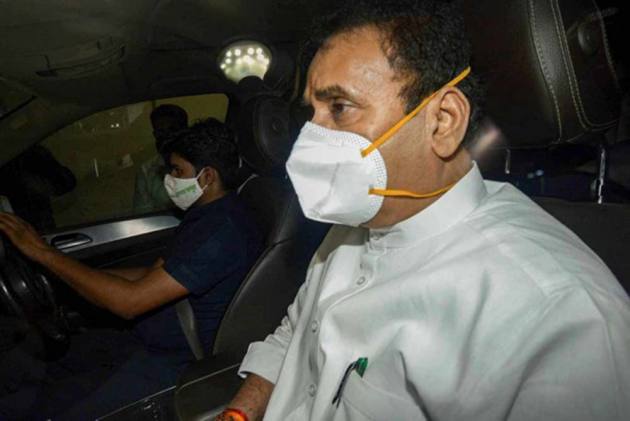 Former Maharashtra home minister Anil Deshmukh on Tuesday wrote to the Enforcement Directorate (ED) seeking to be excused from appearing before the agency in person, reports claimed.

Deshmukh has reportedly requested the ED to record his statements through any “audio/visual medium”.

According to the Indian Express, Deshmukh in his letter to the ED wrote, “I am a septuagenarian, about 72 years of age, suffering from various comorbidities including hypertension and cardiac problems etc. I have already exposed my person to some extent on June 25 in my long interaction with you spanning over several hours during the course of the search and recording my statement. Thus, it may not be prudent or desirable to appear in person today and I am sending my authorised representative.”

Earlier, Deshmukh was asked to depose before the investigating officer at the ED's office on Saturday for questioning in the money laundering case related to an alleged multi-crore bribery-cum-extortion racket that led to his resignation from the post of state home minister in April this year.

The NCP leader, however, had sought a fresh date for appearance before the ED, following which the agency asked him to appear for questioning this week.

The central agency on Saturday arrested Deshmukh's personal secretary Sanjeev Palande (51) and personal assistant Kundan Shinde (45) after it carried out raids against them and the former home minister in Mumbai and Nagpur on Friday.

The ED's case against Deshmukh and others was made out after the Central Bureau of Investigation (CBI) first carried out a preliminary enquiry followed by a regular case being filed on the orders of the Bombay High Court.

The court had asked the CBI to look into the allegations of bribery made against Deshmukh by former Mumbai Police commissioner Param Bir Singh.

Deshmukh, who resigned from his post in April following the allegations, has denied any wrongdoing.