'I have been made a scapegoat and have nothing to do with the case,' Sachin Vaze said during the hearing. 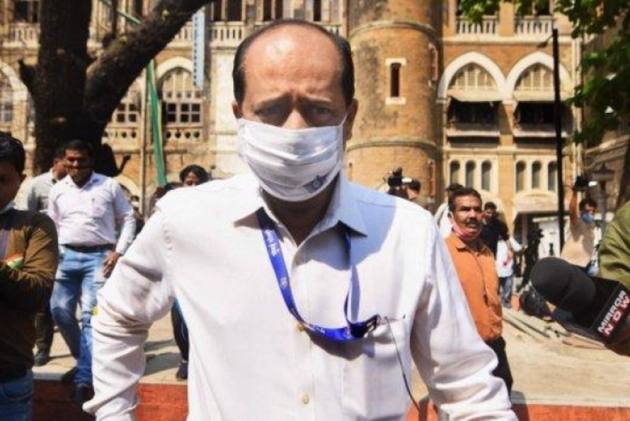 A Mumbai court here on Thursday extended the NIA custody of suspended police officer Sachin Vaze, arrested in connection with the recovery of explosives-laden vehicle near industrialist Mukesh Ambani's house, till April 3.

Waze (49), an assistant police inspector with Mumbai crime branch, was arrested on March 13 by the National Investigation agency. He was produced before the court after his earlier remand expired.

He had nothing to do with the crime and had been made a scapegoat, he told the special NIA court.

The NIA, which has invoked the stringent provisions of Unlawful Activities (Prevention) Act (UAPA) against Waze, sought his custody for another 15 days.

"I have been made a scapegoat and have nothing to do with the case," Waze told judge P R Sitre during the hearing.

"I was investigating officer of the case for one and a half days, and didwhatever I could in that capacity. But there was suddenly change in some plan somewhere. I went to the NIA office on my own and was arrested," the police officer said, adding he had not confessed to anything.

Additional Solicitor General Anil Singh, the NIA lawyer, told court that everybody was shocked to find that a policeman was involved in the crime.

During the probe, the NIA recovered 62 bullets from his house and it needed to probe why they were kept there, Singh said. The police department had issued Waze 30 bullets of which only five were recovered, and the rest were yet to be found, the ASG added.

The murder of Thane businessman Mansukh Hiran – who had claimed that the SUV found near Ambani's house had been stolen from his possession -- was a connected case, and the NIA got the custody of two other accused arrested in that case from the Maharashtra Anti-Terrorism Squad only the day before, Singh said.

They need to confront Waze with the other accused, he added. The NIA has taken over the Hiran case too.

However, the judge extended the custody only till April 3.