After this emergency global aid, there is no shortage of oxygen at any of the hospitals, says National Health Mission chief 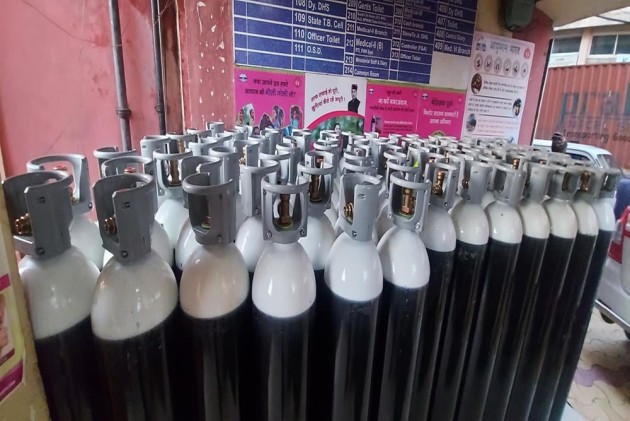 Medical supplies from countries like UK, Canada, Kuwait, Taiwan, Switzerland and South Korea have poured in for Himachal Pradesh where coronavirus has made inroads into the deep rural areas where there is little or no health infrastructure.

Oxygen cylinders, concentrators, portable ventilators, other equipment and medical emergency help are being stockpiled at the central storage facility, set up at the state's health directorate.

Dr Ramesh Chand, joint director (health), who is also nodal officer for medical storage and supplies, said “The transport vehicles carrying all types of material are arriving almost every day from Delhi airport and other places via the Union ministry of health. Today we received 100 oxygen cylinders from England.”

The Second Wave And The Vulnerable Vagabond!

A hundred cylinders of oxygen have also come from South Korea today.

Dr Chand said, “Trucks full of medical aid  are coming from many countries around the world to help India, battered by the second wave and the new deadly variant.”

Dr Nipun Jindal, mission director, National Health Mission (NHM) said, “After this emergency global aid, there is no shortage of oxygen at any of the hospitals. After state government’s efforts, the Centre has also raised the oxygen quota to 30 MT for any future emergencies.”

What is really worrying the state is the fact that the infection rate in five districts – Kangra, Una, Solan, Shimla and Sirmaur is higher than 26 per cent. Una, which has become the state’s Covid capital, reported 17 deaths in a single day on Thursday. These include a 103-year-old.

These districts alone count for 55 per cent of total Covid cases in the state. The toll is nowhere climbing down from 60-63 every day.

To make things worse, the people in the villages are concealing the infection and banking on home remedies without going for tests or treatment.

“I have particularly appealed to representatives of Panchayati raj institutions, ULBs, and also religious leaders to help the government motivate villagers to go for testing immediately if they have any flu-like symptoms,” Chief Minister Jai Ram Thakur said here.