Long hours, low-pay and having to deal with mental trauma, MBBS interns have been at the forefront of the fight against Covid-19 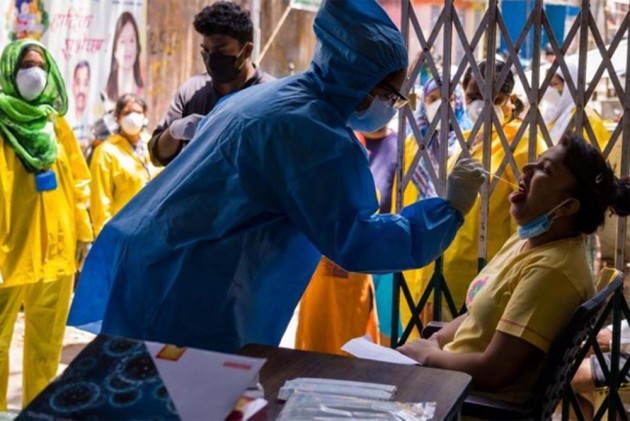 When Supriya Reddy dreamt of becoming a doctor at 15, little did she anticipate that the mentally exhausting process of completing her MBBS degree would come to a climax during a pandemic. Reddy enrolled in an MBBS course at Telangana’s Kamineni Institute of Medical Sciences in 2015. Currently she is completing her mandatory course-related internship at Kamineni Hospital. While the concern of most interns in various other fields largely revolve around not getting paid or being exploited by huge corporates in the guise of gaining "work experience", Reddy’s concerns were more serious ---- she feared for her life.

Her internship began in March, right when the pandemic hit India. Provided with nothing but a hand-stitched mask, Reddy was posted at the orthopaedics ward of the hospital. The uncertainty regarding the nature of coronavirus, the task of convincing her parents to let her work during a pandemic and “seeing every other person in the hospital test positive,” was mentally traumatic enough for Reddy as it was.

Yet, Reddy claims the real challenge of interning during a pandemic was when the patient load at the hospital drastically decreased with the state government allocating specific corona centres. As Reddy’s hospital was a private one, it was not turned into a corona facility and with all the social stigma about visiting a hospital during such a time, Reddy and her batchmates like most other medical interns working at private hospitals across the country, also had to deal with lack of learning opportunities.

What Is The Treatment For Coronavirus? 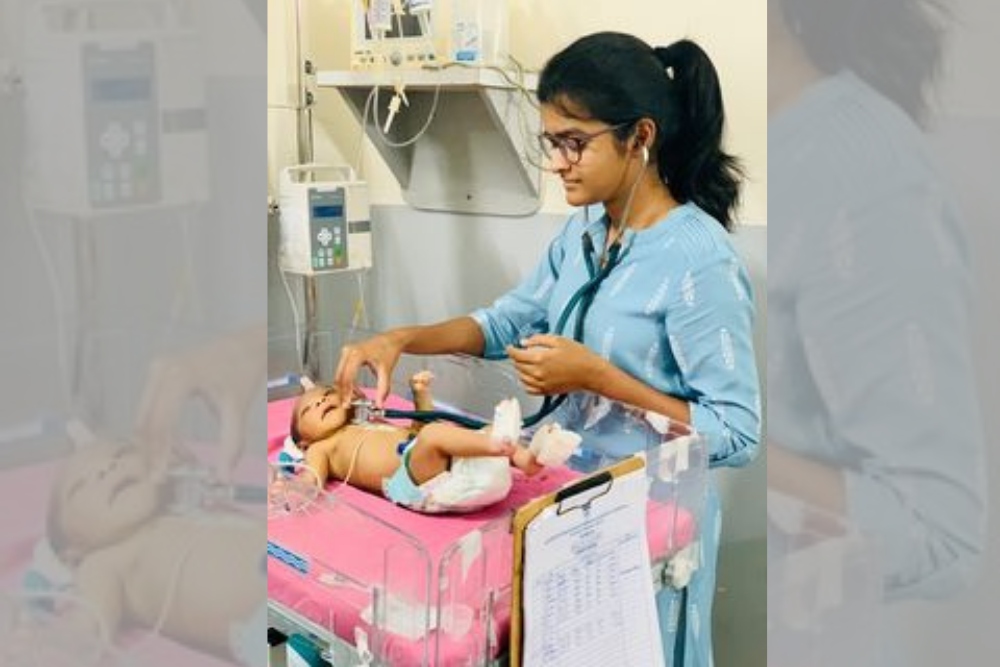 During the five-and-a-half-year undergraduate medical course in India, all students are required to complete a mandatory internship during their last year. This is the time when students are provided with hands-on training and are posted in different wards to gain as much practical experience as possible. This helps students to not just get exposed to a diverse range of medical cases but also helps them decide what field they wish to specialise in after gaining their MBBS degree.

During the course of this pandemic, private hospitals have largely suffered in terms of patient load and students such as Reddy have had to deal with the mental trauma of losing one year’s worth of experience.

While lack of exposure to different types of cases has been the prime concern of medical students at private institutions, those at government ones have had to deal with the problem of plenty.

Pratishtitha Mallapu, a 23-year-old intern at Osmania Medical College in Hyderabad, started her internship at the Osmania Hospital on March 23, just two days after Prime Minister Narendra Modi declared a nationwide lockdown. During the course of her internship, Pratishtitha had to face one obstacle after the other, all culminating in her getting infected. “It was a Herculean task to convince my mother. She feared for my life and insisted that I do not pursue my internship even if it meant I wasted an entire year. Only after I reminded her as to why I chose this profession in the first place and how important it was for me to intern, did she agree,” says Pratishtitha.

And though Pratishtitha was trying her best to convince her parents, she was scared and uncertain herself. Her first posting was at Osmania’s Niloufer Hospital at the obstetrics and gynaecology ward. By nature of the department in which she was posted in, neither she nor her fellow interns could practise social distancing. “Our job as medicos doesn’t just involve handing out a prescription. We have to empathise with our patients and in a labour ward, it often means we need to let go of physical barriers and comfort the patient by holding them tight,” says Pratishtitha.

After realising that she did not have an option to practise social distancing, Pratishtitha then had to tackle the mental trauma of being posted in Osmania Hospital’s emergency ward. “At the emergency ward, we interns become the first point of contact with patients. We have to access their case history, check if they have Covid-19 symptoms and then assign them to the ward concerned ,” says Pratishtitha.

Its mandatory for all Osmania Medical College students to complete a 15-day posting in the emergency ward. Being a government hospital and with a massive surge in cases, patients flooded the casualty/emergency ward at Osmania. By the 13th day of her posting at the emergency ward, Pratishtitha started noticing Covid-19 symptoms, but since it was mandatory to complete the 15-day posting, Pratishtitha was only able to go for a test afterwards. Two days had lapsed by the time her test results returned positive.

“Being a doctor, battling the coronavirus was not that hard, but since I got tested only after two days, I was afraid that I had already transmitted the virus to my parents. They are older and at a higher risk, and more than being concerned about battling it myself, I was worried sick for my parents,” Pratishtitha said.

Dr Sara Azhar, a recent MBBS graduate currently pursuing a fellowship at Care Hospital in the city, also has had to deal with the trauma of choosing between not wasting a year and putting her parents’ lives at risk by unknowingly bringing home the virus. Azhar’s parents just like Pratishtitha's were staunchly against the idea of their daughter choosing to plunge into the healthcare sector in the middle of a pandemic. “My parents have diabetes, hypertension and asthma. They fall under the high-risk category. It was a very difficult decision but being cognizant of the appalling state of the job sector, I decided not to let go of the opportunity and joined in June,” says Azhar. To add to her troubles Azhar was posted at the hospital’s critical care unit, when Covid-19 cases were rising exponentially in Hyderabad. “Having to take care of patients who require continuous monitoring, puts you at a higher risk of contracting the virus. But since I am fresher I was given no other choice and I had to complete my posting,” says Azhar. 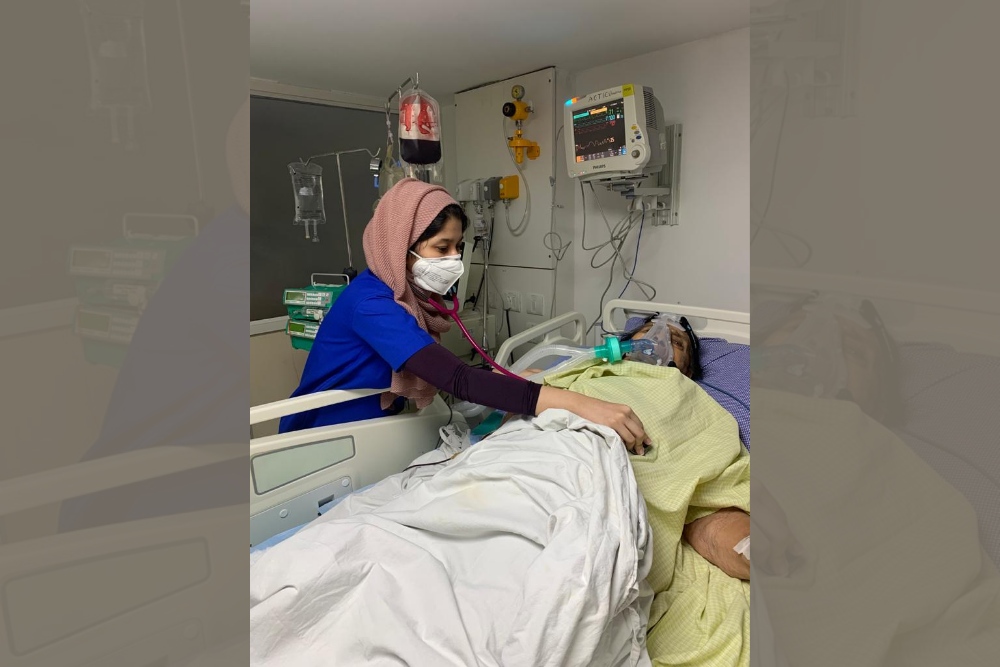 With the healthcare infrastructure crumbling all across the country and with the economy in a shambles, many government and private hospitals have been unable to recruit doctors.

According to the ministry of health and family welfare’s data, India has one medical doctor for every 1,404 people. The pandemic only resulted in burdening the medical sector even further. At such a time, among the other healthcare staff, the MBBS interns are the unsung heroes who have bravely stepped up during this crisis.