The Madras High Court questioned the state and central governments on why they have not analysed the medicine claimed by a Siddha doctor as Covid-19 cure. 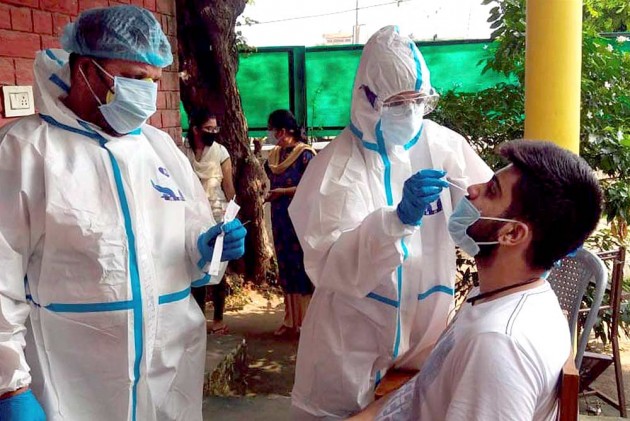 Even as the Tamil Nadu's state-owned milk federation Aavin launched an immunity-boosting buttermilk on Wednesday, the Madras High Court questioned the state and central governments on why they were not considering alternative Siddha treatment for combating Covid-19.

Aavin has laced its regular bottled buttermilk with tulsi, ginger, pepper, jeera, curry leaves, turmeric and lemon and named it Aavin Sakthi hoping that people would gulp it down as immunity is the flavour of the Corona season. Each 200 ml pack is priced at Rs.15.

“The immunity boosting formula was provided by TAMPCOL, the state-owned Medicinal Plant Farms and Herbal Medicine Corporation. We have ensured that the drink retains its normal spicy taste while combining the probiotic qualities of buttermilk with the immunity provided by the herbs,” explained Vallalar, MD of Aavin.

Meanwhile, the Madras High Court has questioned the state and central governments on why they have not analysed the medicine claimed by a Siddha doctor as Covid-19 cure. “If the medicines developed by qualified Siddha doctors are not recognised and sent for analysis to the AYUSH department by the state government, the very purpose having Siddha institutes and colleges would be lost,” a division bench of Justice N Kirubakaran and Justice V M Velumani observed.

Earlier, the Madurai Bench of the Madras High Court comprising Justices P N Prakash and B Pugalendhi had urged the state and central governments to reply to a PIL filed by a Siddha doctor to be able to conduct a virology test on Siddha medicine ‘IMPRO’, which he created and claims can cure Covid-19.

An expert committee, after scrutinising the medicine, found that it may have many anti-viral qualities and had sent it to the Central Council for Research on Ayurveda and Siddha (CCRAS) for further tests. The judges directed CCRAS to expedite the tests and file a report on the medicine by the next hearing on August 3.

Justice Pugalendhi observed that though the Union government had announced Rs 2,000 crore for the Ministry of AYUSH in the 2020-2021 budget, no amount was allocated exclusively for the Siddha system of medicine. Siddha is an ancient form of Tamil medicine said to be one of the earliest forms of treatment for ailments.

In the meanwhile the Tamil Nadu government increased the number of beds from 250 to 400 in a corona care centre for patients being treated exclusively by siddha medicines. “Ever since this corona care centre at a private college was started on June 3, it was reserved exclusively for siddha treatment. Many patients wanted to get admitted here after hearing about the efficacy of the system. So we increased the number of beds and also doctors,” said a government Siddha doctor. The treatment protocols have been drawn up by the doctors of the National Institute of Siddha on the outskirts of Chennai and the Government Siddha College he said.