Maharashtra has been reporting over 15,000 daily cases in the past few days with the tally touching 17,864 on Tuesday. 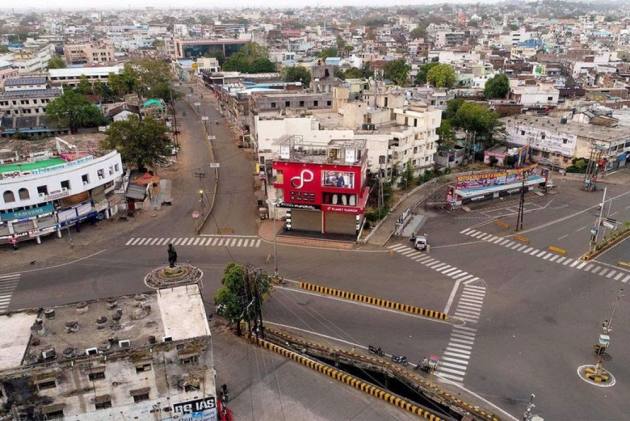 India recorded its highest daily spike of Covid-19 cases this year as nearly 29,000 cases were recorded in 24 hours, the Union Health Ministry updated on Wednesday.

Maharashtra has been reporting over 15,000 daily cases in the past few days with the tally touching 17,864 on Tuesday.

1,359 new cases of coronavirus were recorded in Thane on Wednesday raising the infection count in the Maharashtra district to  2,78,928, an official said on Wednesday.

These new cases were reported on Tuesday, he said.

The virus also claimed the lives of six more persons, pushing the death toll in the district to 6,349, he said.

The Covid-19 mortality rate in the district is 2.28 per cent, he said.

So far, 2,62,360 patients have recuperated from the infection in the district, which reflects a recovery rate of 94.06 per cent.

There are 10,219 active Covid-19 cases in Thane at present, the official said.

In neighbouring Palghar district, the Covid-19 case count stood at 46,878 and the death toll at 1,207, another official said.

In the wake of the rising cases of coronavirus in Mumbai, the Brihanmumbai Municipal Corporation (BMC) issued a fresh order asking teachers and non-teaching staff of Mumbai schools to work from home till further order.

In the fresh order, the BMC said that from March 17, schools of all boards, till Class 12, will have to ask staff to work from home.

Previously, staff members were allowed to come to school. Teachers were also allowed to take online classes from school. The new order has been issued as Mumbai battles a fresh wave of infections in the city. The BMC in the order also stated that the e-learning will have to take place from home as well.

Earlier, from November 18, the civic body had allowed 50 per cent of teachers and non-teaching staff to attend the schools on a rotation basis for online, offline classes and other work.

The latest circular said school principals and management can call one teacher and non-teaching staff to the school if there is any important work.

The centre has also warned Maharashtra of the second wave of Covid-19 observing the sudden spike in infection rate in the state.

Highlighting that there is very limited active effort to track, test, isolate cases and quarantine contacts, a central team report observed that Maharashtra is at the beginning of the second Covid-19 wave. There is no adherence to Covid appropriate behaviour among people in rural and urban areas, it added.

The central team which visited the state from March 7-11 inferred in its report that the administrative mechanism should be re-instated to the level witnessed in August-September 2020 to contain/suppress Covid transmission.

This was the highest number of people vaccinated in a day in the state since the inoculation drive began in January, an official said.