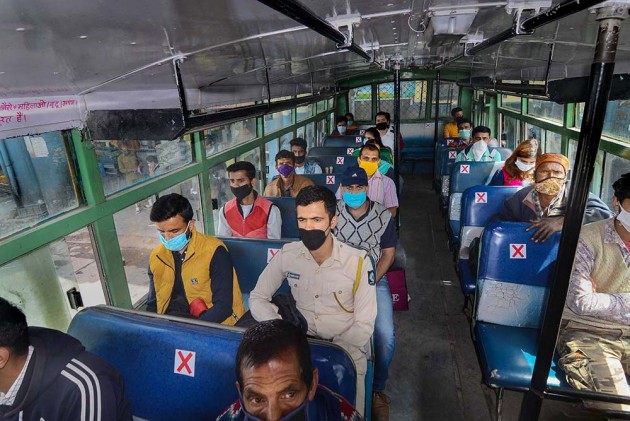 Coronavirus has hit Himachal Pradesh hard, especially the administration, as Chief Minister Jai Ram Thakur's two security personnel and his driver -- all on an official tour of Kangra district last week, have tested positive for Covid-19.

Chaudhary, immediately after his swearing-in-ceremony, had traveled to his constituency along with newly-appointed state BJP chief and Shimla MP Suresh Kashyap. Several receptions organised by Chaudhary's supporters on the way to Paonta Sahib in Sirmour district, and his two-day stay at the destination led to dozens of people, including a former MLA, testing positive.

Luckily, Chief Minister Jai Ram Thakur, who got himself tested for coronavirus last week, so far remains safe even as people around him have contracted the virus.

The state broke all previous records on Friday by recording a single-day spike of 180 cases, of which 69 were cluster cases in Kullu . All of them were farm labourers who arrived in the district from Uttar Pradesh and Bihar for the apple harvest season.

On Saturday, 61 new cases were reported, which also included army personnel and ITBP jawans posted in districts of Chamba and Kangra.

“The cases are rising all over the country every day. Look at Punjab in our neighbourhood. We can't live in isolation. The cases are bound to rise further in Himachal Pradesh when 10,000 vehicles enter the state each day" Additional Chief Secretary (Health) R D Dhiman says.

The total number of cases has risen to 3,885, of which more than 500 have been added this week alone. Meanwhile, the state’s COVID death toll has reached 17 .

State’s project Director National Health Minister (NHM) Dr Nipun Jindal, who is also special secretary (Health) hints that the state may witness a further spike in the coming days. There is a huge movement of farm labour coming from other states for work in the apple sector, mainly in Kullu, Shimla, Mandi, Chamba, Sirmaur and Kinnaur districts.

Moreover, there is a growing demand from the locals to quarantine the labourers at state borders instead of allowing them to reach the orchards.

As per police data, around 10,000 to 15,000 people from other states are entering Himachal Pradesh every day. The state government has a provision to send all the labourers reaching the apple belt to institutional quarantine, but on the ground, norms appear to have been not followed strictly .