Yearender: Covid-19 In 2021 Made People Imagine The Apocalypse

Covid-19: People were confined to their homes in the pandemic, which made them to imagine the apocalypse. 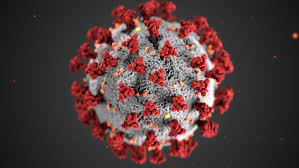 A man donning white Kurta that had stains of lentils and torn at many places was staring at Imarti (a sweet made of deep-frying vigna mungo flour batter), his favorite sweet.

He wore no slippers, wasn’t carrying anything, only ardor for Imarti at that time. His name was Ginjariya, an old beggar in my village who would roam around everywhere for food. He didn’t take money, only food. This was the time when I went to attend a wedding where he also came and asked me to serve him Imarti.

“Moye je acchi lagte, do dede (I like it, give me two)” he said to me. Reading comedian Varun Grover’s story Karejwa about an apocalypse that he wrote for Bakarmax’s comic last year reminded me of that episode with Ginjariya.

Pintoo, the lead character, had a last wish before the cataclysmic event hit earth. He wants to eat a hot melt-in-mouth sweet – Karejwa. This story though had no palpable similarities with Ginjariya’s, but one commonality “a last wish”.

Ginjariya was very old, and this wedding was probably the last place where he could eat Imarti.

When I gave him Imarti, he had a child-like chuckle on his face, he ate it slowly to enjoy the flavor. Ginjariya and Pintoo’s quest for fulfilling their last wish suggests that these pleasures like eating favorite dishes, spending time with family come down to people when death approaches. Which is called fulfilling the “last wishes”.

When pandemic hit and people were confined to their homes. Many people could imagine the apocalypse like Grover did. 26- year- old, Aditi Vashistha, a PhD candidate in Delhi School of Economics, says that with the pandemic, when she was hearing news about deaths of her acquaintances, “I could see an apocalypse, for me it was like a tough long walk thinking it will pass after some time.”

But she has never given a thought to what she would do, if an apocalypse approaches, “I have imagined an apocalypse through this pandemic and I thought that I will walk through it. Never thought what exactly would I do.”

Interestingly, the apocalypse is somewhat part of people’s ‘Imaginary reality’ (all ideas, beliefs, that we agree to believe in), as the idea of apocalypse is part of both religious and scientific thinking. Yuval Noah Harari, writes in his book Sapiens, that “human thinking and behavior, for the first time, have started to congregate as a set of global imagined realities.” This is quite visible in different ideas of apocalypse.

In my village in Madhya Pradesh, old people have some memories of pandemics like Cholera and Spanish flu, so the idea of an apocalypse for them is like a disease outbreak would wipe out the entire village. 80-year-old Kankhaiya Kaka, who is known as Mama, told me, “Marai don’t even spare animals, half of my family members were killed by it.”

In many parts of India people started worshiping Corona itself. An idol of Corona Devi was installed in a temple in Tamil Nadu. It even became part of wedding songs like in a wedding in my village women were singing, “Banno tere Jhumke pr corona (Bride! Corona is on your earrings).”

While for people in urban spaces the enthralling experience of the 2012 phenomenon, was one of the most interesting times when many in the world, especially millennials imagined the apocalypse. Eschatological beliefs that cataclysmic events would occur in 2012 – the world will end. The media feeding frenzy around this added salt to this ridiculous story of cataclysm. Hollywood director Roland Emmerich also made a movie on the 2012 phenomenon, which made people really think about the apocalypse.

At the time when internet memes were not a thing, the theory about end- date of Mesoamerican calendar was sold globally by the media. 29- Year- old Vikas Yadav remembers that event quite vividly. The date was 21 December 2012, he was studying Chemical Engineering in IIT BHU. He was hearing stories like Earth going into the supermassive black hole at the center of the galaxy, earth colliding with a mythical planet called Nibiru.

“I remember everything clearly; I can never forget that day. I still remember clearly that, I for once questioned, will the world end, really?” Yadav said.

It was bizarre that there were people who literally believed in 2012- end of world theory. Yadav narrates a story of a man he read about in the newspaper. This person believed that the 2012- end of the world theory was real and he made a plan for it.

“I read; a man believed in this theory so much that he took a ten thousand rupees loan to eat sweets. And couldn’t pay it back, claiming that he thought the world would end but it didn’t end.” Except for a few such stories, most people remained busy in their lives.

Same happens in Grover’s Karejwa, where people couldn’t avoid the addictive banality of their life. Everyone was doing their work until the last few minutes. Simultaneously, a manifestation of rift in society resulting in rioting and looting is on, until it ends and people start remembering their respective god and Pintoo too decides to fulfill his last wish.

Same happened in Covid times. People ignored the pandemic as much as possible, some are even ignoring it now as well. Theories demonizing Muslims were propagated, misinformation spread in a proportion that it became an ‘infodemic’.

The destruction, piles of bodies at the bank of Ganga too is slowly vanishing from public memory, despite the fact as Chinmay Tumbe’s book Age of Pandemic suggests that India has been the epicenter of pandemics, as pandemics (Cholera, Influenza, Plague) claimed over 40 million lives between 1817-1920. But we collectively forgot these pandemics.