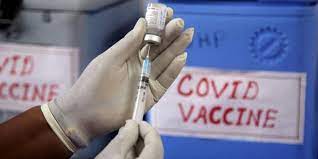 A Jharkhand man opposed to Covid-19 vaccination broke the hand of a police officer by attacking him with a stick during a campaign to encourage inoculation on Sunday.

Ramchandra Thakur and his family members were opposed to Covid-19 vaccination, and Thakur attacked Bengabad Circle Office Krishna Kumar Marandi despite his attempts to convince them that the vaccines were not unsafe as being argued by the assailant, he said.

Marandi is undergoing treatment at Giridih Sadar Hospital, and a manhunt has been launched to nab Thakur, the SHO said.

Though one person has been taken into custody, no one has been arrested so far, he added.