One Year Of Covid-19 Lockdown In India: All That Happened

The year witnessed lives coming to a standstill with economies plummeting and global health conditions worsening. 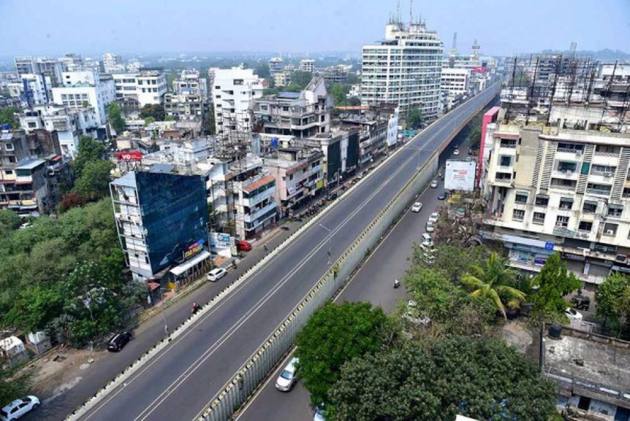 India marked one year of its nationwide lockdown on Wednesday since Prime Minister Narendra Modi announced the first Covid-19 lockdown in the country last year.

The year witnessed lives coming to a standstill with economies plummeting and global health conditions worsening. India became one of the top nations on the global Covid-19 tally that saw over 1 lakh cases daily during its peak in September 2020.

The pandemic year brought in light the untiring effort of medical practitioners who were designated as ‘corona warriors’ and given the utmost respect.

The unprecedented challenges posed by lockdown also hindered the working of the judiciary but could not deter it from delivering justice as courts across the country adopted virtual mode of proceedings which also served as an opportunity to test the robustness of its digital infrastructure.

While the courts in the national capital started hearing cases through video-conferencing from March last year due to the pandemic, the functioning is gradually inching towards normalcy with the Supreme Court commencing hybrid hearings since March 15 this year.

It has also been a year since Tabligh-e-Jamaat's Markaz in Nizamuddin West came under criticism for holding a religious congregation amid the Covid-19 outbreak, its cleric Maulana Saad Kandhalvi against whom an FIR was registered in connection with the incident is yet to join the probe despite several notices by Delhi Police.

After several of them tested positive for the infection, a nationwide search operation was carried out by respective state governments to locate and quarantine them on the direction of the Centre.

The nation also struggled with high levels of unemployment during the period as workers were laid-off and small companies shut. The exodus of migrant workers flocking roads and walking miles to reach their native villages shocked the entire country.

Data by the Centre for Monitoring Indian Economy (CMIE) showed that the unemployment rate had peaked at 23.5 per cent in April and remained at 21.7 per cent in May. It started tapering off from June onward when it was recorded at 10.2 per cent in the month and further improved to 7.4 per cent in July.

The unemployment rate was recorded at 6.9 per cent in February 2021 which is slightly better than 7.8 per cent in the same month last year and 8.8 per cent in March 2020, during which lockdown was imposed.

The countrywide efforts to roll out coronavirus vaccines and strengthen the public trust over them were a significant highlight of the past year as politicians and celebrities took their jab of Covid-19 vaccines and encouraged people to do the same.

The countrywide vaccination drive was rolled out on January 16 with healthcare workers getting inoculated first and immunisation of frontline workers began from February 2. The next phase of Covid-19 vaccination has commenced from March 1 for those who are over 60 years of age and for people aged 45 and above with specific comorbid conditions.

In its fight against the coronavirus pandemic, India crossed another significant milestone with the vaccination of over five crore beneficiaries as of March 23, 2021.