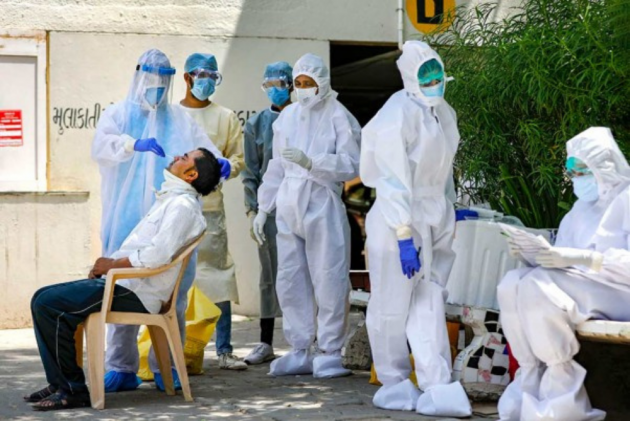 In a fresh Maharashtra reported 4,196 COVID-19 cases and 104 deaths, with Pune witnessing the highest 43 deaths in the state, as per official figures.

According to the state health officials, 4688 patients have also recovered from the deadly virus.

Maharashtra's case recovery rate now stands at 97.03 per cent while the fatality rate is 2.12 per cent, he said.

The official said the Ahmednagar district reported the highest number of 780 cases in Maharashtra on Tuesday, followed by Pune with 579 infections.

Among districts, the Pune district reported the highest number of 15 fatalities in the last 24 hours, the official said.

Of the eight regions in Maharashtra, the Pune region saw the highest 1,789 new cases followed by 898 infections in the Nashik region.

Of the 104 fatalities reported from the eight regions, the highest 43 were from the Pune region, followed by 32 deaths in the Mumbai region.

Mumbai city witnessed 323 new cases and one death while Pune city saw 277 fresh infections and one fatality, he said.

Among the 51,238 active patients in Maharashtra, the Pune district has the highest number of 13,515 such cases, according to the official.

Of the 62,72,800 recovered patients in the state, the highest number of 10,85,920 recoveries have been reported from the Pune district.

A total of 2,91,701 people are in the home quarantine in the state and 2,121 patients are in institutional quarantine, according to the official.