The Omicron variant was first spotted in Botswana on November 9. Since then, the variant has spread to several countries but has not yet impacted Covid-19 numbers. 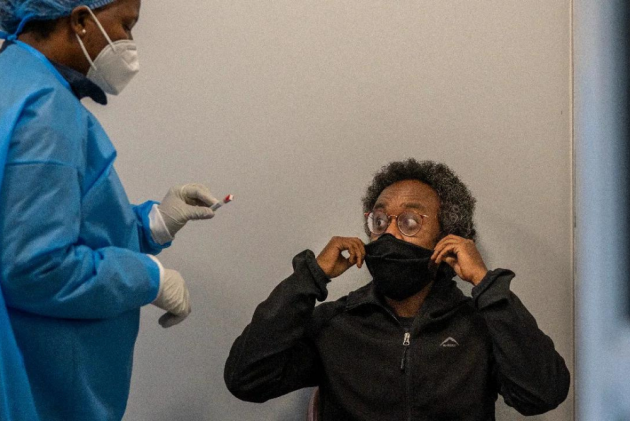 Omicron, one of the latest variants of Sars_Cov_2 that was first detected in Botswana on November 9, has spread to almost 20 countries now. Countries with the highest number of cases, reported as of now, are South Africa (77 cases) United Kingdom (22 cases), Portugal (13 cases) and the Netherlands (14 cases).

The rest of the countries such as Australia, Germany, Hong Kong, Italy among others have less than 10 patients whose swab samples have shown the presence of Omicron variant post genetic sequencing.

Omicron has been reported to be the most infectious of all the existing variants and that’s the reason it has caused a global alarm.

The new variant has completed more than twenty days in Botswana and almost seven days in countries like the Netherland, South Africa, the United Kingdom to name a few since it was first reported. And yet there is no significant shift in the daily active cases in any of these countries which can directly be linked to the presence of this new variant.

[Read: Next 15 Days Crucial To Understand Global Impact of Omicron]

Its horizontal expansion is quite obvious as it is going from one country to another but it hasn’t shown any alarming vertical spread within the country considering its reported high infectivity.

Let’s take, for instance, the Covid-19 situation in Botswana for the past 20 days after Omicron was detected on November 9. On November 11, 252 new cases were reported and it rose to 428 on November 25. However, since then the daily cases are almost on the decline and on November 30, only 159 cases have been reported.

A public health expert, working with the government, said upon request of anonymity, "The daily active cases depend on the number of tests being conducted in that particular country. If you don't do aggressive contact tracing and test them adequately, how will you capture the spread pattern? We will only come to know when the health facilities will be overwhelmed. It is good that such a situation hasn't emerged yet in Botswana. Let's watch it for some more time."

Even the infectivity and mortality data of South Africa doesn’t reflect any alarming situation since the day Omicron was first reported there on November 23.

On November 22, South Africa logged just 312 new Covid-19 cases were registered. However, the very next day, on November 23, cases shot up to 18,556 sending shockwaves across the globe.

The sudden rise was suspected due to Omicron as some of the samples of patients tested positive for the variant. But the spike failed to maintain its pace and the fresh cases came down to 4,737 on November 30. However, on December 1, it rose to 8,561.

"I think we need to be very watchful. It is early to make any concrete opinion about its spread on the basis of just a week-long data. Let’s wait for another 15 days to observe its spread pattern. But I will reiterate that there is no need to panic at all," Dr Jugal Kishore, Head of Community Medicine, Vardhman Mahavir Medical College & Safdarjung Hospital, said.

The Covid-19 scenario is no different in the United Kingdom too where 22 patients so far have been found to be infected with Omicron. The first case was reported on November 27.

There is no perceptible change in Covid-19 data in the past five days. It is rather showing a decrease in the number of fresh cases. For instance, 46,654 fresh cases were reported on November 27 which came down to 39,713 on November 30.

[Read: International traveller guidelines in light of Omicron in India]

Germany also for the first time on November 27 reported three patients infected with Omicron out of its total fresh cases of 44,977. Three days later on November 30, the number of new cases has gone up to 68,680.

However, many experts believe that the Delta variant is behind this surge in Germany which has been struggling with an unprecedented rise in the number of Covid-19 patients from early November.

Countries like Italy, Belgium and the Czech Republic also encountered travellers who were diagnosed with Omicron but there are no initial reports of a major outbreak in the past five days. [Check out the full list of countries where Omicron infection has been recorded]

"It is a matter of great satisfaction that these countries haven’t shown any big outbreak driven by Omicron. However, we need to wait for some more time as there are various local factors that contribute to an increase or decrease in the number of cases,” Dr Rahul Bhargava, HoD, Department of Hematology, Fortis Hospital, said.

"No country can afford to send the samples of all the positive cases for genetic sequencing. Only a few percentages are sent hence it is very difficult to say how many out of total positive have been infected with Omicron. That's why it is better to wait and watch rather than form any opinion so early," the doctor added.