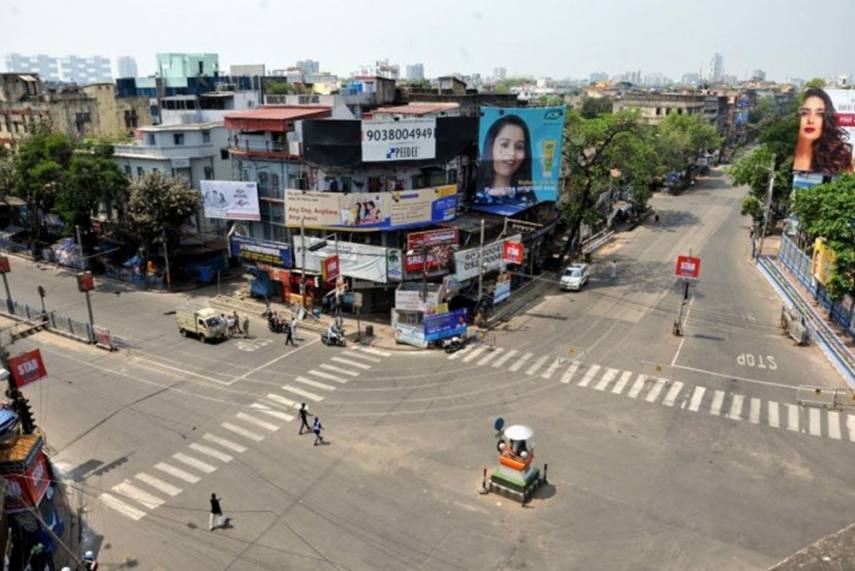 An eight-time rise in the number of Covid-19 cases in a matter of just six days has prompted the West Bengal’s Mamata Banerjee government to begin the New Year with a return to partial lockdown across the state.

It announced on Sunday to shut all schools, colleges and universities indefinitely from January 3 and allow train services only till 7 pm. The restrictions will be in effect till January 15, when the situation will be reviewed.

These decisions were taken during an emergency meeting at the state secretariat on Sunday, following which the chief secretary, Hari Krishna Dwivedi, announced the measures. The emergency meeting was held in the wake of an abnormal rise in the number of Covid-19 cases in the state over the past week.

Over the past week, a number of doctors, health department staff and police personnel have tested positive for the virus infection. The R Ahmed Dental College in Kolkata has registered the highest number of Covid-19 infections among doctors and health workers. More than 50 personnel of Kolkata police, including two IPS officers, have also tested positive and are in isolation.

Among the string of measures that Dwivedi announced are to allow no flight from the UK in the NSC Bose international airport, allow train services only till 7 pm and government and private offices to function only with 50% of their staff strength. All parks, spas, parlours, gyms and swimming pools will remain closed and shopping malls, markets and cinema halls will have to close by 10 pm. The metro rail in Kolkata will operate with 50% of its passenger capacity.

Social events can be organised with the presence of a maximum of 50 persons. Meetings and conferences can be organised with gatherings suitable for 50% of the capacity of the space or a maximum of 200 persons, said the government notification issued on Sunday. In industries, factories, mills and tea gardens, only doubly vaccinated workers will be allowed. Only emergency movement of vehicles will be allowed between 10 pm and 5 am.

The government has also postponed its pet doorstep governance programme, Duarey Sarkar, which has in the past recorded huge turnouts and serpentine queues.

The situation in Kolkata has been the most worrisome, with the city recorded 5,442 of the 10,091 (or 54%) cases recorded across the state in the last three days.

Other districts of concern are Kolkata’s neighbouring ones of North 24-Parganas, South 24-Parganas, Howrah and Hooghly, and the district of West Bardhaman – all of which has a substantial urban population.

“Every time, the government decides for a lockdown at such an alarming stage that we, the medical practitioners, have no other way but to support the government move. Our question is why weren’t the restrictions put in place two weeks ago? The medical fraternity was repeatedly urging for alertness and restrictions but the government allowed massive festive gatherings for the Christmas and the year end celebrations? Why were the night-time restrictions relaxed for the last week of the year? Students are paying the price for the politicians’ mistakes,” said Arjun Dasgupta, president of West Bengal Doctors’ Forum.

Notably, photos of the incredulous gatherings in Park Street and surrounding areas in central Kolkata on the Christmas eve and the day after had gone viral on social media, as people expressed their deep concerns over such gathering in the context of an impending third wave of the pandemic.

Dasgupta said that while the omicron variety of the virus is being considered a milder one – resulting in fewer cases of hospitalisation – the anticipated high infectious rate remains a matter of concern.

“It needs to be seen over the next few days the extent of increase in the number of hospitalisation and the number of serious patients,” he said.

Public health expert Punyabrata Goon critised the government move of imposing a partial lockdown. “Lockdowns are administrative measures and not medical. Past two years’ experience shows the real medical move will be to increase the number of tests and isolate those who have tested positive. Another lockdown will badly hurt the economically backward people,” Goon said.