At present, India has an overall R-values of 1.22 while cities like Delhi and Mumbai have an R-value higher than 2, indicating the virus is once again rapidly spreading in the community. 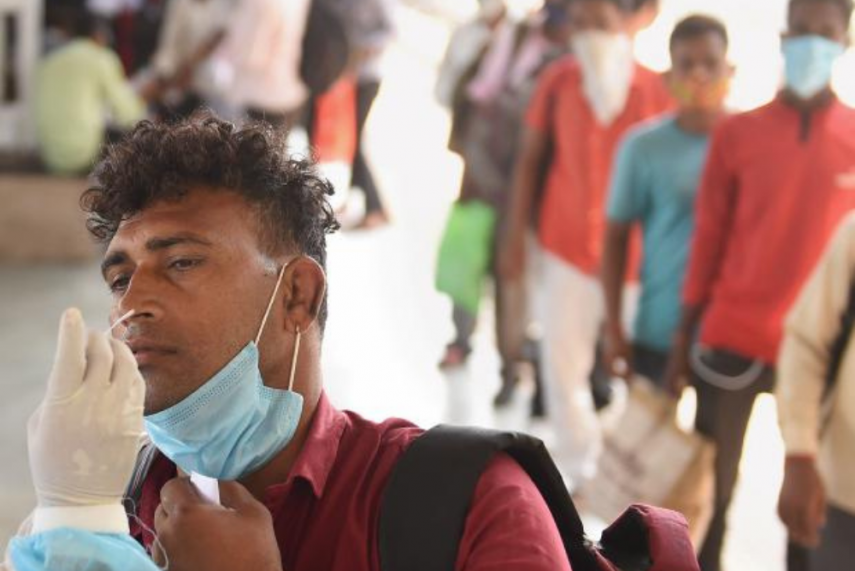 With 33,750 fresh Covid-19 cases recorded in the country in the past 24 hours, governments in states and union territories have been scrambling to enforce stricter protocols and guidelines to prevent the spread of Covid-19. Despite increased curbs, however, the rising R-value of Covid-19 in the country has become a cause for concern, especially for scientists.

Several experts have already asserted that the rapid spike in daily Covid-19 cases, as well as the spread of Omicron (India has logged at least 1,700 Omicron cases till Monday), indicates that the country is in the early stages of a third wave. A rising R-value is a further indicator of the same. 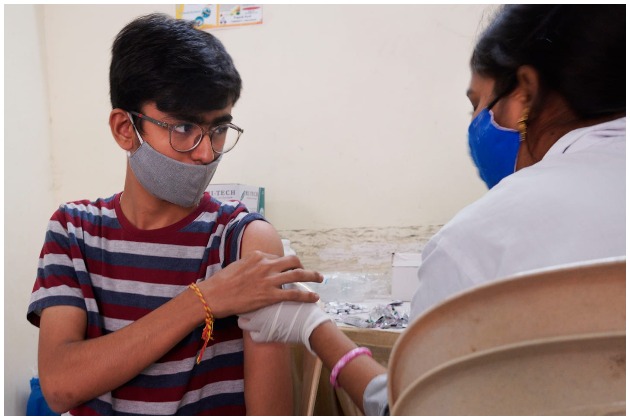 (A teenager gets vaccinated against Covid-19 in Mumbai | Credit: Outlook Photos/Dinesh Parab)

What is India's current R-value?

According to research conducted by the Institute of Mathematical Sciences in Chennai, the R-value of all major cities has crossed 1 including Delhi, Mumbai and Kolkata. As of December 21, the R-value of the entire country stood at 1.22.

According to the researchers, led by Sitabhra Sinha, an R-Value higher than 1 is a cause for concern as it indicates a high speed of virus transmission, meaning g that the virus is spreading quickly.

Both Delhi and Mumbai are displaying an R-Value of higher than 2. Meaning that a person with Covid-19 is transmitting the virus to more than two persons on an average. Despite stringent measures in place from before Christmas, Delhi, on Saturday, had an R-value of 2.5.

Is the R-Value growing because of Omicron?

According to scientist and INACOG director Anurag Agrawal, the third wave of Covid-19 is likely to be driven by Omicron. While 1,700 cases of Omicron - a 'variant of concern' that is believed to be three times more transmissible than the deadly delta virus - have so far been logged, the actual number of cases may be much higher as Omicron can only be detected post-genome sequencing. In Delhi for instance, where all Covid-19 cases are being subjected to genome sequencing, health minister Satyendar Jain had previously said about 50 per cent of the cases were Omicron. Health authorities had confirmed that community transmission of Omicron had already begun. "The omicron surge will lead to a very fast rise in infections. The fraction with severe disease will be much smaller, but a small fraction of a large number is enough to put stress on the healthcare system," Agarwal warns.

It is not yet clear, however, whether the spike in R-value in megacities is driven by Omicron or other previous variants of Covid-19.

Is India already in a third wave?

Yes, according to noted virologist Shaahid Jameel, the third wave of the pandemic has already begun. "Both numbers, as well as test positivity rate, has started going up in several places, especially in larger cities," Jameel told Outlook in a previous interview. However, Jameel, as well as other experts, believe that the third wave may not be as severe as the second, Delta-driven wave which left many cities including Delhi gaping in the wake of severe oxygen and hospital shortage.