If talks of lockdown turn into reality and if it gets implemented for a month or more, then a reverse migration of daily wage labourers can be expected from impacted cities, say experts 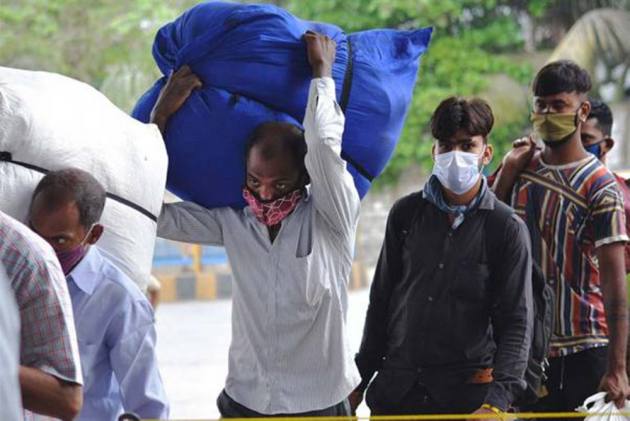 Mixed signals from some of the states like Delhi, Maharashtra, Karnataka among others is giving rise to concern that a repeat of last year’s exodus of migrant labourers during the extended lockdown would once again impact operations in many sectors like manufacturing, retail, logistics, textiles, etc. However, experts, including those working with migrant labourers, say it is too early to fear the worst unless the talks of lockdown gather pace and it is implemented for a month or more.

Though there are reports that migrants in Mumbai, Pune and Bangalore are exploring options of returning home to their villages, the numbers are so far not significant, assure experts.

“We have so far not received any report of regular workers/ employees going back to their villages. The uncertainty over an extended lockdown is possibly affecting daily wage workers and casual workers, particularly those facing uncertainty of livelihood and sustenance with no family backup in cities. But we are not seeing any exodus in large numbers,” assures Anil Bhardwaj, Secretary General, Federation of Indian Micro and Small & Medium Enterprises (FISME).

It is sectors like leather, textiles and garment besides the construction sector that employ large number of workers on daily wages or as casual workers. These are the sectors that could see some exodus of workers if there are no wages to fall back on. Experts stress that memories of last year’s hardship that many of them faced have not faded and so if talks of lockdown turn into reality and it gets extended beyond a couple of weeks, reverse migration from impacted cities could be expected.

Bhardwaj is more optimistic that the “stampede” witnessed last year during the Covid lockdown will not happen as “by and large MSMEs are long term employers” and as such there is more certainty of employment as operation in most of the units is back to normal.

Anand Bolimera, honorary director, PHIA Foundation, says that while there is increase in enquiries for train tickets particularly in Mumbai due to both, fear of getting infected and also loss of livelihood due to lack of social security, but as yet there is no rush being witnessed at railway stations or inter-state bus terminals. Some of the states where there is rise in anxiety of work and livelihood includes Delhi, Gurugram in Haryana, Karnataka, Telengana, Tamil Nadu besides Maharashtra. There is as yet, no exodus of migrant farm labourers from states like Punjab and Haryana though the number of migrants is much lower than last year.

“There continues to be labour shortage in many sectors post the lockdown as many of the migrants workers opted not to return to the cities without assured employment,” says Bolimera, who estimates that around 20-30 per cent migrant workers have not returned to the cities. In many cases, women and children have been left in the villages while the menfolk had returned to the cities for work.

Shiv Kumar, co-founder, Catalyst Group, states that so far there is no panic being reported from any part of the country except in parts of Maharashtra, given the large number of Covid cases and plans of lockdown putting livelihoods of many at risk.

Kumar feels a lockdown at this juncture would be a retrograde step “as it would be like cutting your own feet” given that only those keen on returning to cities for work have done so. Talks of a lockdown and any uncertainty of livelihood may do much damage. The emerging scenario depends much on future signals from the central and state governments.