Following the directives of the home minister to increase testing and quick delivery of results in Delhi, from June 18, tests will be done through the new Rapid Antigen methodology as approved by the ICMR. 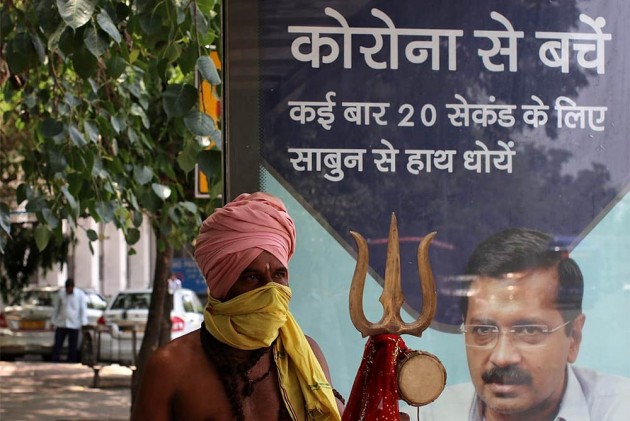 Following Union Home Minister Amit Shah’s decision to double COVID-19 tests in Delhi, 16,618 samples have been collected on June 15 and 16, compared to 4,000 to 4,500 daily till June 14, the Ministry of Home Affairs (MHA) said on Wednesday.

The ministry also announced that the price for COVID-19 test in Delhi has been fixed at Rs 2,400 as suggested by a high-level committee set up by the home minister on Sunday and now tests will be done via Rapid Antigen methodology.

"In pursuance of decisions taken by HM @AmitShah on 14th June, to double the #COVID19 testing in Delhi; 16,618 test samples collected on June 15 and 16 (till 14th June daily collection varied between 4000-4500). Reports of 6,510 tests received so far, remaining to be received by 18th June," an MHA spokesperson tweeted.

The spokesperson said that to improve contact mapping in Delhi's containment zones, health surveys have been started on Shah’s directions, and out of a population of 2,30,466 people in 242 containment zones, survey of 1,77,692 people was conducted between June 15 and 16.

The remaining will be covered by June 20.

"As per the directives of HM @AmitShah in providing relief to the common man. High level expert committee's report on #COVID19 testing rates received by @MoHFW_INDIA has been further sent to Delhi Govt for necessary action. It has been decided to fix the test rate at Rs 2,400," the spokesperson said in another tweet.

Following the directives of the home minister to increase testing and quick delivery of results in Delhi, from June 18, tests will be done through the new Rapid Antigen methodology as approved by the ICMR.

Delhi will be given priority for these kits and 169 centres have also been set up across the national capital, the spokesperson said.

After the first meeting, a committee was constituted under the chairmanship of V K Paul, Member, NITI Aayog, to ensure that 60 per cent beds are available at private hospitals at lower rates.

The committee was also tasked to fix the rate of coronavirus testing and treatment.

The home minister had also announced that COVID-19 testing will be doubled in Delhi in two days from then, and subsequently increased by three times.

Shah had also directed that bodies of suspected COVID-19 cases in Delhi be handed over to relatives immediately without waiting for laboratory confirmation and mortal remains should be treated with precaution and as per Union Health Ministry guidelines.

His directive came in the wake of reports that a large number of bodies of coronavirus victims were stored in city morgues due to a host of reasons, including non-availability of confirm laboratory reports.