Covid-19: The authorities in Delhi said that the adequate arrangements have been made to enforce the weekend curfew in the national capital. 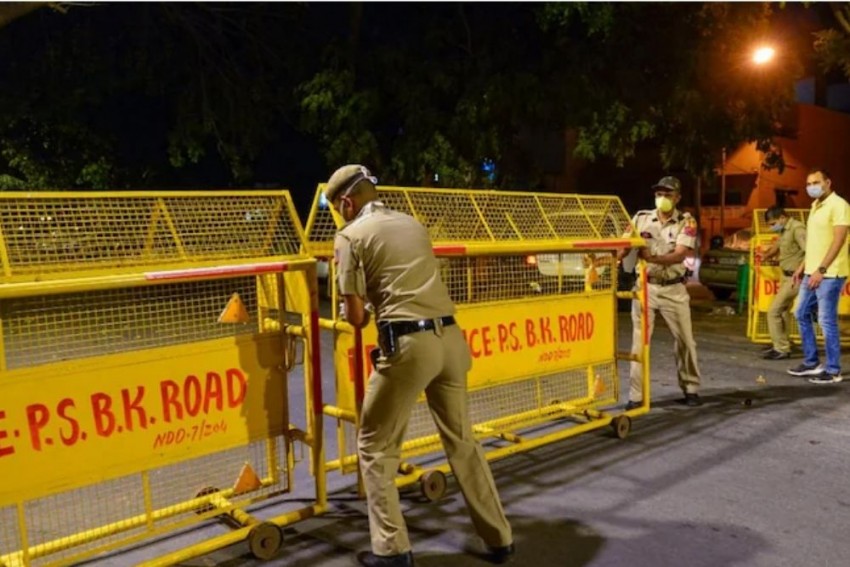 Delhiites will stay put at their homes for two days as the 55-hour-long weekend curfew kicks in from 10 pm on Friday, with the authorities saying adequate arrangements have been made to enforce the curfew across the city to arrest the spread of the Covid-19.

The weekend curfew, during which the movement of people, except those involved in essential services and those covered under the exempted categories, will remain restricted for 55 hours.

In view of a surge in the number of fresh coronavirus cases due to its Omicron Covid-19 variant, the Delhi government announced the weekend curfew on Tuesday.

During the weekend curfew, only those involved in essential services and those facing an emergency situation will be allowed to step out of their homes. Those venturing out will have to produce e-passes issued by the government or valid identity cards.

"We have made adequate arrangements to enforce the weekend curfew. There will be a strict vigil at markets, on the roads, colonies and other public places. If needed, we will also increase the number of enforcement squads," a senior administrative official in the west district told PTI.

He said if someone has to step out for important work and if the person does not fall in any of the exempted categories, he or she will have to get an e-pass issued by the Delhi government.

People can apply for an e-pass for the weekend curfew and the night curfew on weekdays on www.delhi.gov.in.

Officials involved in essential and emergency services, those deployed in the offices of diplomats of various countries as well as people holding constitutional posts will be allowed to move during the curfew on the production of valid identity cards.

Others who are exempted include private medical personnel such as doctors, nursing staff, paramedics and those associated with hospitals, diagnostic centres, testing laboratories, clinics, pharmacies, pharmaceutical companies and medical oxygen suppliers on the production of valid identity cards.

People coming from or going to airports, railway stations and inter-state bus terminuses will be allowed to travel on the production of valid tickets.

During the weekend curfew, only those shops selling essential items such as grocery, medical equipment, medicines will be allowed to open. Restaurants will remain closed but home delivery will be allowed.

In the e-commerce sector, the home delivery of only essential items will be allowed.

Public parks and gardens will remain shut during the curfew. Only 20 people will be allowed at marriage functions and funerals.

An official of the southeast district said the enforcement teams will make regular rounds of the railway stations, bus stations, metro stations and markets to ensure that there is no crowding and that people are not roaming around unnecessarily.

"If any non-essential category shop or establishment is found open during the curfew, notices will be pasted on the gates and the shops will be sealed. I appeal to the public not to go out during the curfew and to help the administration in curbing the spread of the virus," the official said.

According to an order issued by the Delhi Disaster Management Authority (DDMA) on Tuesday, pregnant women and patients going to get medical and health services, along with attendants, will be exempted on the production of valid identity cards and a doctor's prescription.

Those going to get tested for Covid-19 or for vaccination against the viral disease will also be allowed to move on the production of valid identity cards, the order said.

District officials said the movement of individuals for marriage-related gatherings of up to 20 people will be allowed on the production of a soft or a hard copy of the invitation card.

Students will also be allowed to go to examination centres on the production of valid admit cards, they added.

The officials said the DTC buses and the metro trains will ply with a 100 per cent seating capacity and standing passengers will not be allowed.

According to Chinmoy Biswal, the Public Relations Officer (PRO) of the Delhi Police, an adequate number of security personnel have been deployed across the national capital to implement the weekend curfew. Barricades will be put up at different places and the beat officers will patrol their respective beats.

"People from the non-exempted categories found to be violating the curfew will be prosecuted. If anyone has any kind of emergency like going to a hospital etc. will be allowed to move. We request the citizens not to come out of their homes without any reason during the curfew and to follow Covid-19 appropriate behaviour," Biswal said.