Covid-19 West Bengal: Over 100 doctors and health workers have been hospitalised over the past three days in the state, after testing Covid positive. 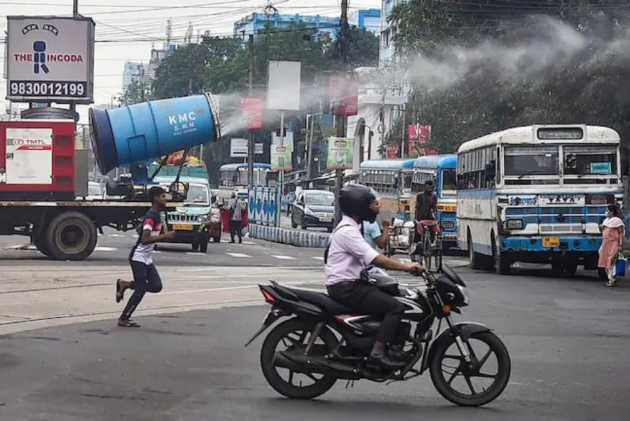 Over hundred doctors and health workers at Kolkata’s different government hospitals have gone into isolation or been hospitalised over the past three days after testing positive for Covid-19.

This happened at a time Kolkata recorded 9,752 cases in just one week and the hospitals were required to prepare for a surge in hospitalisation in another week.

“It takes at least a week since infection or emergence of primary symptoms to reaching hospitalisation stage for a patient. We can have a clearer picture of whether the symptoms mostly remain mild or causes serious affects in another week or so,” said a senior doctor at a government hospital.

A senior official at the state health department, who spoke on condition of anonymity, has had many asymptomatic persons tested positive over the past 7-10 days it would take another one or two week to see if the number of persons requiring hospitalisation increases.

“There is a slight increase in admission in Covid-19 beds in government hospitals but most of these patients are not in critical state,” said the official.

As of Monday, most of the city’s government hospitals had 75-85% of their Covid-19 beds vacant.

However, another senior doctor said that even though the new variant is being considered as a milder variety, high transmissibility may push a large number of doctors and health workers into isolation, increasing burden on the health infrastructure significantly.

Saswati Sinha, senior consultant, critical care and member of Covid-19 task force at AMRI hospital, Dhakura, said virus appeared to have become more infectious than before though it would take another 7-10 days to have an understanding of its severely.

“In the last five days, the number of positive cases increased manifolds. A week ago, our total number of beds in the Covid-19 ward and the ICU were restricted within 25 but now it stands at 110 and the numbers are likely to increase. However, most of the patients are mild symptomatic as of now.” Sinha said.

AMRI has three units in Kolkata. They together had 73 patients as of December 27 and the number rose to 114 on January 3, an AMRI spokesperson said.

According to Arindam Biswas, an internal medicine consultant at Rabindranath Tagore International Institute of Cardiac Sciences, isolation beds in most of the city’s private hospitals are filling up fast.

“As of now, there is no increase in the admission of critical patients but high transmissibility can have other impacts on the healthcare system by overburdening it. It is absolutely essential that the government strictly imposes the restrictions in the coming few days and allow no public gathering of any kind,” Biswas said.

In the recent nationwide hike in the number of Covid-19 cases, West Bengal stands right after Maharashtra, which is recording the highest increase. Between December 27 and January 2, the state has recorded 17,646 new cases. On January 2, as many as 6,153 results came positive out of 38,633 tests conducted in the state, which means nearly one in every six samples were giving positive results.

Apart from several high-ranking officers of Kolkata Police, the commissioner of Kolkata Municipal Corporation and the Kolkata mayor Firhad Hakim’s officer on special duty have tested positive and gone into isolation.