Mucormycosis is a serious but previously rare fungal infection caused by a group of fungi called mucormycetes. These are ubiquitous in the environment and can often be seen on rotting food. 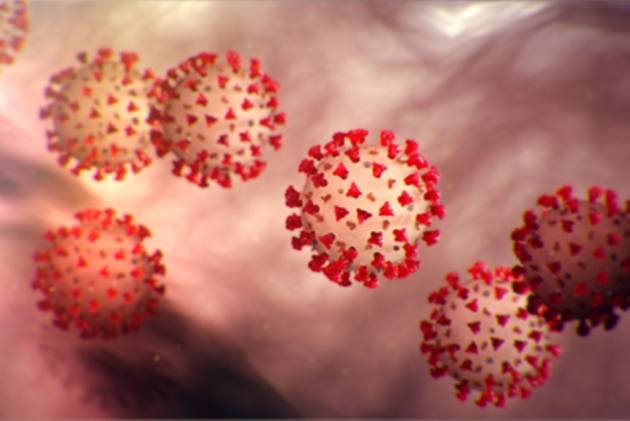 Cases of mucormycosis, a fungal infection, are rising among Covid-19 survivors, causing blindness or serious illness and even death in some cases. The cost of treatment for this disease is also a matter of concern, some doctors said.

Mucormycosis is a serious but previously rare fungal infection caused by a group of fungi called mucormycetes. These are ubiquitous in the environment and can often be seen on rotting food. Despite being common in the environment, it doesn’t cause infection in humans as our immune cells can easily fight such pathogens. However, when the body’s defences have been weakened, most commonly due to poorly controlled diabetes, the fungus gets a chance to infect with devastating results.

Outlook got in touch with Dr. Milind Navalakhe, Consultant ENT at Global Hospitals – Mumbai to answer all your questions:

Triple Mutation Strain Detected In 4 States: Why Is It Dangerous And Needs Effective Monitoring?

What is 'Black Fungus' Found In Covid Patients? What Are The Symptoms And Treatment? Know It From Expert

What is Black Fungus?

The Back fungus is caused by a fungal disease called Mucormycosis. It is caused by mucormycetes, which are everywhere, and our body has the immunity to keep it from infecting us. Pre-Covid India used to witness maybe 100 cases a year, during a bad year, but now with the Covid-pandemic, cases have been on a rise. The people who have recovered from Covid, and have diabetes, could catch the fungal infection. The infection primarily starts at the nose and eventually spreads to the eyes, brain, and palette.

Common Symptoms include the release of brown discharge from the nose, severe pain in the cheeks, eyes, teeth, loose teeth, blackening of the palette, decreasing vision, protrusion of the eyes, and many more.

What happens when one contracts Black Fungus?

As mentioned earlier, the infection starts in the nose, it spreads to the palette than the eyes. If the infection reaches the brain, it can be life-threatening.

What’s the treatment of Black Fungus?

The treatment of Mucormycosis would usually require a combination of surgery and medication (Mostly anti-fungal). The usual treatment depends on the level of infection. If the infection is mild, we proceed with surgical debridement (cleaning of the debris of the infected cells). If the infection has spread to other parts, we may have to remove the part, such as the palette of the nose.

What kind of surgery is required?

Most surgeries for treating mucormycosis could range from surgical debridement to extraction of a part such as a palette, nose.

How can one prevent it Back Fungus?

Normally, the body's immunity is perfectly able to deal with mucormycetes, the fungus that causes mucormycosis. The pandemic has resulted in patients who have diabetes succumbing to the fungus easily. Therefore maintaining blood sugar levels is very important, especially for Covid-19 recovered patients.

How frequently are cases being detected?

Pre Covid, I used to treat 8-10 cases of mucormycosis annually. Lately, I have been seeing more than 60 cases a month.

Who is vulnerable to mucormycosis?

The people who are most easily prone to catching mucormycosis are those diabetics, who have used steroids for their treatment and have also recovered from Covid.

Background: Patients who take steroids for diabetes will have their blood pressure increased. Some patients do not have diabetes and develop it after getting infected with Covid with an increased chance of getting Mucormycosis. The Fungal infection does not spread from person to person. A person whose immune system is compromised can easily succumb to Mucormycosis.

A 60-year-old, male with a history of diabetes was seen to develop mucormycosis after three weeks of gap post recovering Covid. The patient was initially admitted to a Hospital in Thane where he a minor surgery that was inadequate, post which he was referred to us. Initial signs he showed of infection included Black crusting in the nose, ulcer in the palate. Mild cases don’t have many symptoms, however, when he reached Dr Milind, it was severe. We made the diagnosis (using nasal endoscopy fungal culture, biopsy) CT scan, and MRI. Dr. Milind started the treatment with surgery along with medical treatments such as anti-fungal medicines for 1-2 months. Currently, the condition is good and the patient can consume 50 -60% of the food orally but required a tube through the nose for 40% of the food that he consumes primarily because of the defect in his palate.

A 65-year-old, Male with a history of diabetes and high blood pressure was seen to develop mucormycosis after 3 weeks of gap post recovering Covid. The patient was from Varanasi and was airlifted in an air ambulance to Mumbai. The patient was diagnosed with a severe case of mucormycosis. The prognosis was critical as the infection had already spread to the eyeballs, brain, and sinuses. He was immediately put on a ventilator and operated on and the patient was put on high doses of anti-fungal medicine. The patient didn’t survive and died within 30 hours during the treatment.