The global lender projected a 7.5 per cent economic growth for India in the 2022-23 fiscal 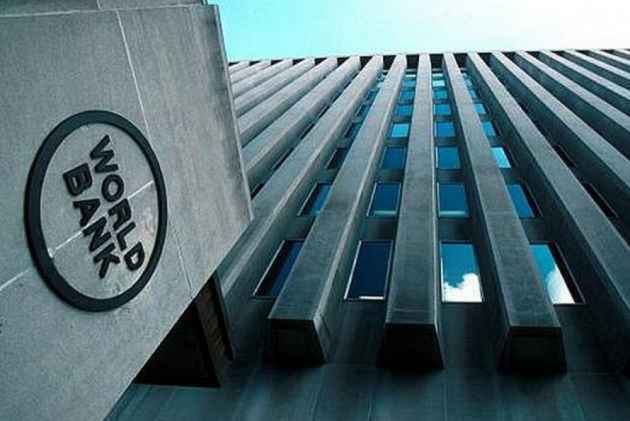 The World Bank on Tuesday said India’s economic recovery is being hampered by the Covid second wave slashing the country’s 2021-22 GDP growth forecast to 8.3 per cent from 10.1 per cent estimated in April

In its latest issue of Global Economic Prospects released in Washington, the global lender said the second Covid-19 wave in India is undermining the sharper-than-expected rebound in activity seen during the second half of fiscal year 2020-21, especially in services.

"India's recovery is being hampered by the largest outbreak of any country since the beginning of the pandemic," the World Bank said.

In April this year, the World Bank had forecast a 10.1 per cent growth in Indian GDP for FY22. This was higher than 5.4 per cent it had projected in January. But now the projections have been slashed.

The multilateral lending agency said India's GDP is likely to grow by 6.5 per cent in 2023-24.

In its report, the Bank said that the global economy is set to expand by 5.6 per cent in 2021 - its strongest post-recession pace in 80 years.

Activity will benefit from policy support, including higher spending on infrastructure, rural development, and health, and a stronger-than expected recovery in services and manufacturing, it said.

The forecast for FY22 factors in expected economic damage from an enormous second COVID-19 wave and localised mobility restrictions since March 2021, the report said.

Activity is expected to follow the same, yet less pronounced, collapse and recovery seen during the first wave, it said.

"The pandemic will undermine consumption and investment as confidence remains depressed and balance sheets damaged. Growth in FY 2022/23 is expected to slow to 7.5 per cent, reflecting lingering impacts of COVID-19 on household, corporate and bank balance sheets; possibly low levels of consumer confidence; and heightened uncertainty on job and income prospects, it said.

According to the World Bank, in India, the FY 2021/22 budget marked a significant policy shift.

The government announced that the health-related spending would more than double and set out a revised medium-term fiscal path intended to address the economic legacy of the pandemic.

"In India, fiscal policy shifted in the FY 2021/22 budget toward higher expenditure targeted at healthcare and infrastructure to boost the post-pandemic recovery. The renewed outbreak, however, may require further targeted policy support to address the health and economic costs," it added.

On March 31, the World Bank said India's economy has bounced back amazingly from the Covid-19 pandemic and nationwide lockdown over the last one year, but it is not out of the woods yet.

It had predicted that the country's real GDP growth for fiscal year 21/22 could range from 7.5 to 12.5 per cent in its latest South Asia Economic Focus report released ahead of the annual Spring meeting of the World Bank and the International Monetary Fund (IMF).

In April and May, India struggled with the second wave of the Covid-19 pandemic with more than 3,00,000 daily new cases. Hospitals were reeling under a shortage of medical oxygen and beds.

On Tuesday, India reported less than one lakh new coronavirus infections after a gap of 63 days, while the daily positivity rate dropped to 4.62 per cent.